The cow, the udder and the mop 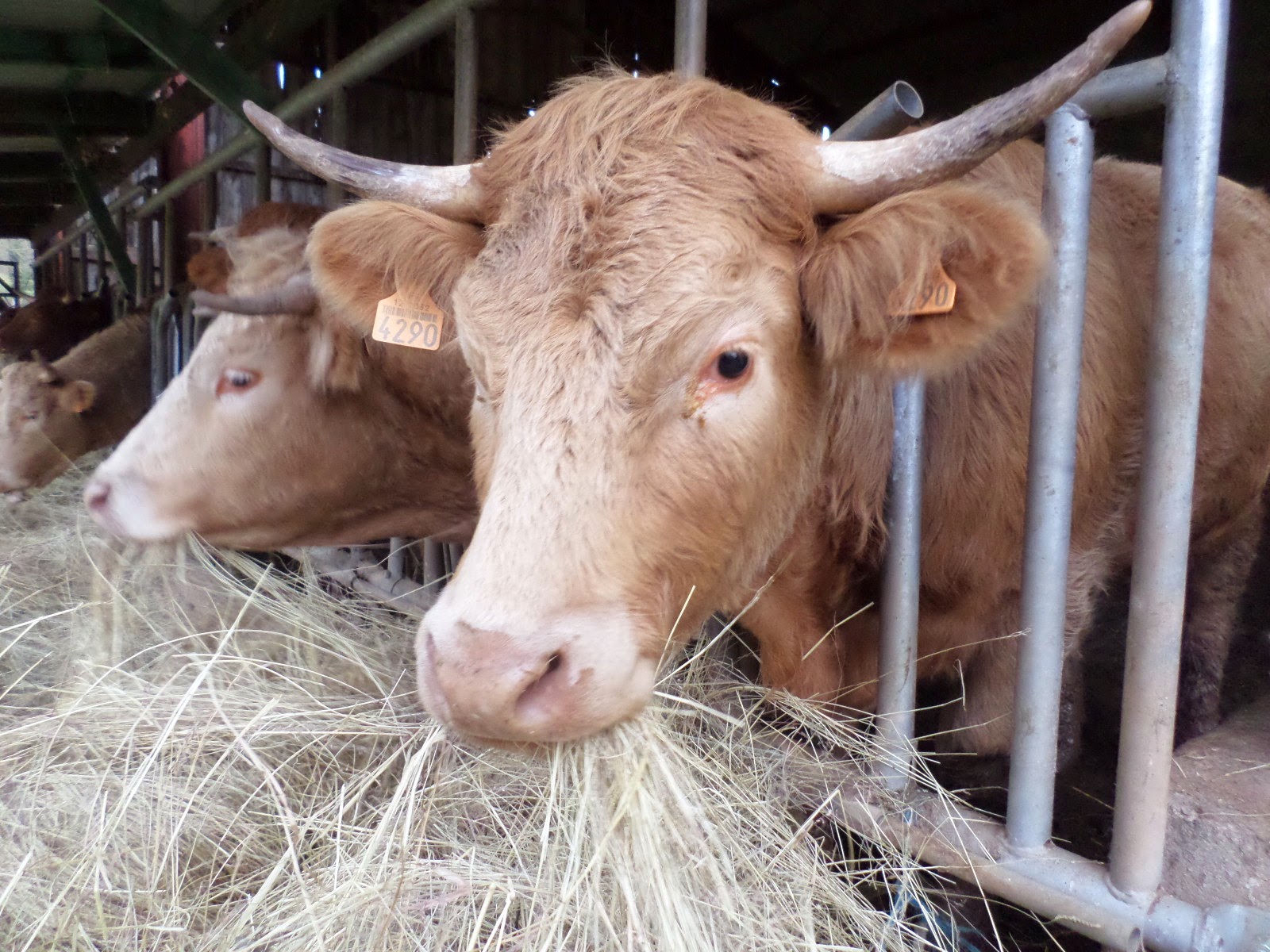 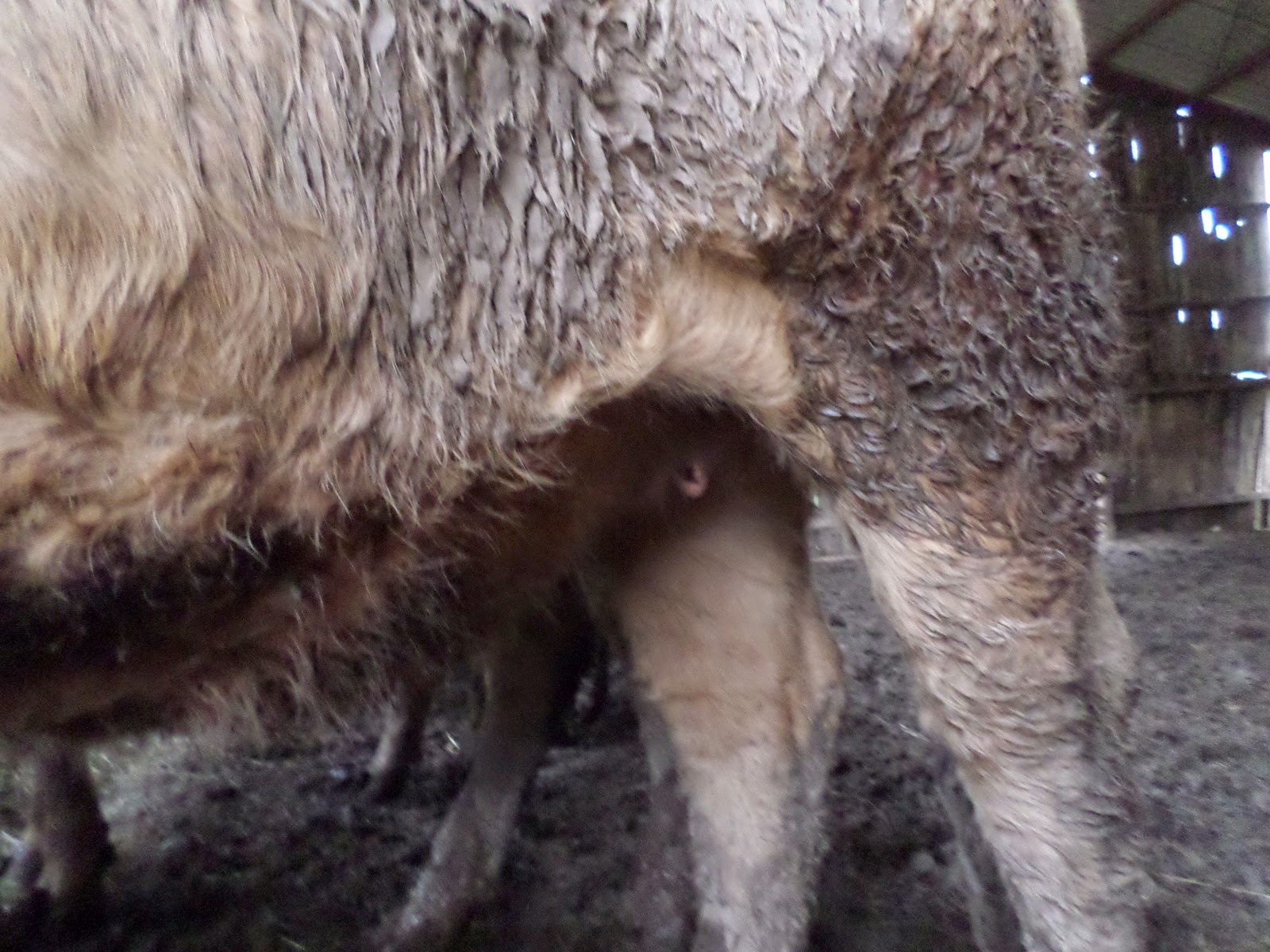 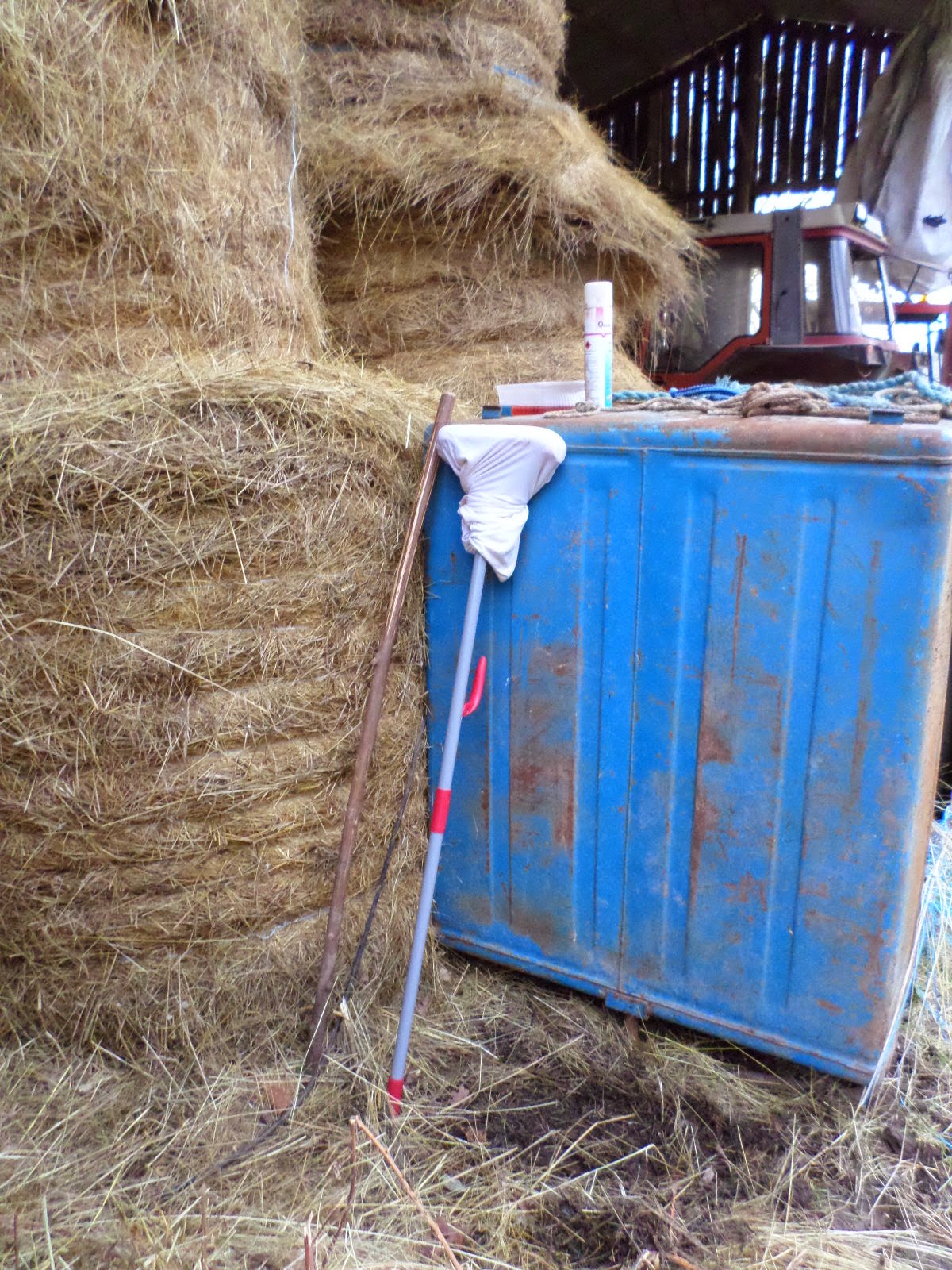 "Sorry can't mop the floor, it's being used for cleaning a cows udder at the moment"

With 16 damp paws coming in and out on a very regular bases the head of a mop doesn't last very long here with daily floor washing. So the other week after the mop handle broke after constant use farmer J and I had a little discussion while waiting at the supermarket checkout where I had placed the usual mop type in the trolley, resulting in a "I'm not buying it there rubbish" from farmer J and a "we need a new mop" from me. We ended up leaving without a mop and me sulking as I was not going to get on my hands and knees scrubbing! After 30 minutes of sulking farmer J gave in, we ended up at Mr Bricolage, a DIY shop just before lunchtime closing to seek out a new mop, however  only one was on the sale with a 38 Euro price tag, yes 38 probably the most expensive mop around? But it does have a leaver that squeezes out the water.

So it had been used for a lick around the floor working quiet efficiently until the other day.

One of the heifers had a inflamed teat, easy to see as she hasn't had a calf yet her udder is still very small apart from the one enlarged.  By the time she had come in for hay the said teat had burst. (won't go into details here). A photo taken and sent to the vet confirmed she had an abscess which needed to be cleaned up with an iodine solution and sprayed with a disinfectant. Luckily she comes in and places herself on the end of the feeding station so it could be easily seen - not so easily cleaned.

Unlike milk cows that are handled every day our beef cows don't like contact, especially when you try to touch their udders. They are also very nimble given their size, being able to scratch their ears with their back hoofs so don't think anything of given a swift kick. We were not going to get anywhere near this abscess with out getting hurt so thinking caps were put on. First try a webbing band was put around her,  pulled tight in the hope to restrict her she couldn't kick - it didn't work as she moved a leg it made enough space for her to wiggle it down steping over it. A duster on a pole didn't really work it wasn't stiff enough so this is where the mop came in. Long enough to not get hurt and stable enough to be covered in a cloth dowsed with iodine and firm enough to clean a teat, perfect. With a swift clean and quick spray after for a couple of days it seems to of cleared up and mopping duties are back to normal.