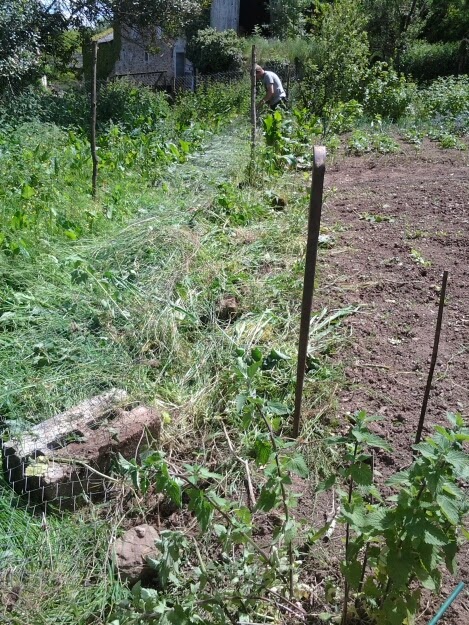 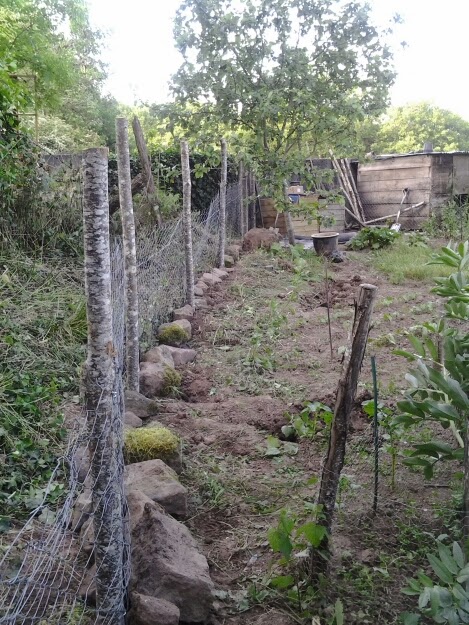 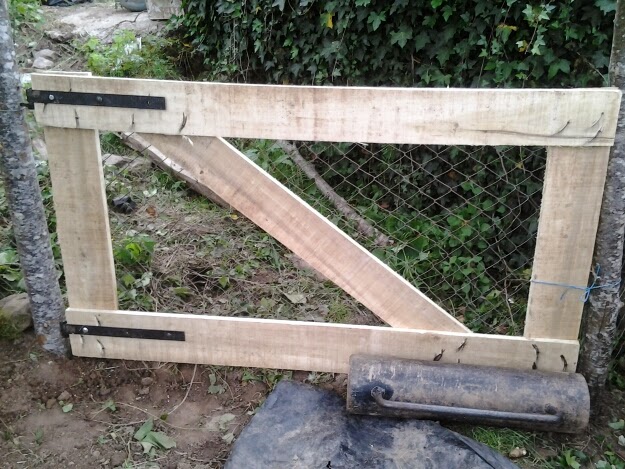 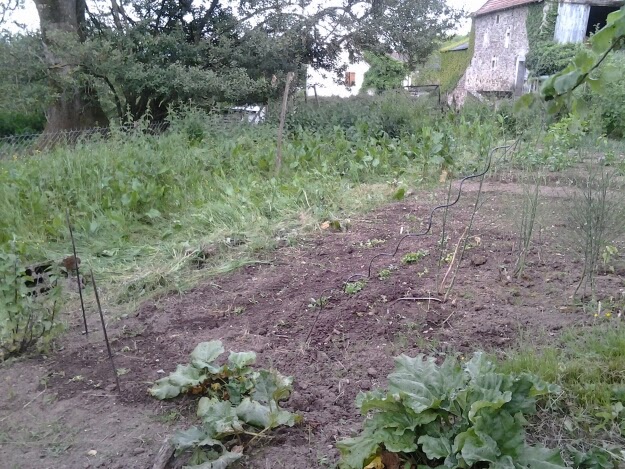 In the hope of not loosing anymore greenery in the veggie patch today was spent today taking down an old fence which was put up around eight years ago. As it had a few holes in it this could be where  the rabbits are getting through. On the other side of the fence a chicken run was constructed were table chickens grew to a really good weight until we got a batch that had been, what we think were contagious with Mareks disease. Subsequently we stopped using it for chickens putting a litter of pigs in the area to get them use to electric fencing (which they did). It has been left empty for around 18months now with Gorgon and the girls have made break trough's through it last year gaining access into the veggie patch but now there's a lot of weeds.

On the other side of the veggie patch is another old holey fence which has now got the recycled one that was taken down put in front of it, new posts and a trench dug to lower the wire in, earthed up and stones put on top in the hope that these are not super strong rabbits (doubt it as they have not eaten any of the spinach - yet) that are able to lift the stones with their noses as they burrow under it.

Farmer J spent this evening making a new gate, which will be a dream to use rather than hoping over the fence getting stung by the nettles (old gates have been tied to the fence due to heavy weight Gorgon ramming them). It just needs a bit of tweaking to stop those bunny's going under it, that is why the post driver is in front of it at the moment.

Now I just need to weed in front of the fence and the new patch for the pumpkins to go in.