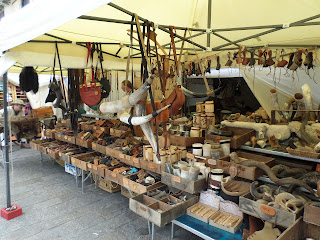 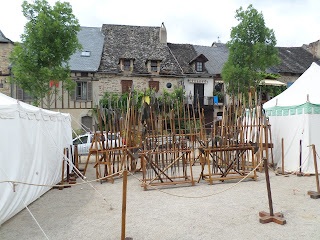 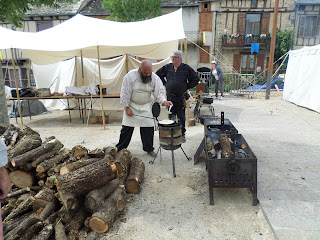 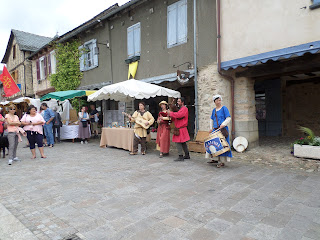 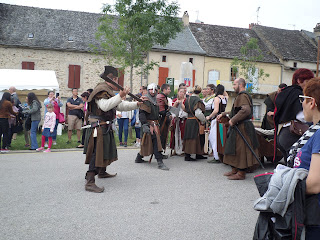 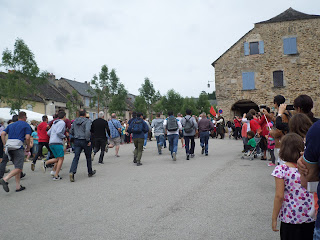 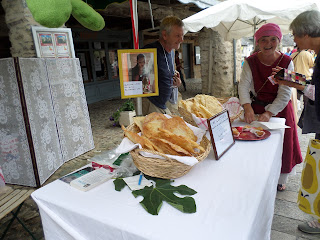 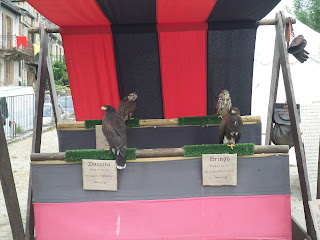 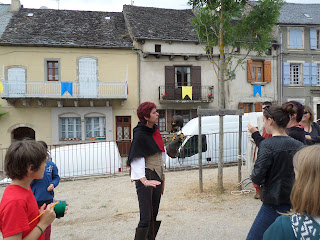 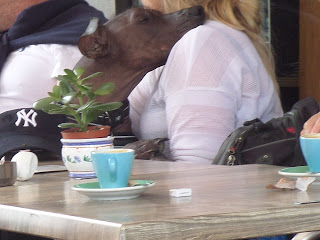 The weekend just past was a holiday in France today being Pentecost it was also Najac's medieval fair which was probably a wash out on Saturday as it did not stop raining all day. Yesterday was better, cloudy but dry so we popped up to the village before farmer J went farm crazy.

It encompased all things based around a past time when there was knights, princesses and people who blew horns. With stalls selling these wears along with big bird displays, jousting, medieval muscicians (who looked exceddingly good for the age) and food, apart from the waffles that were cooked on an open fire as not sure they had waffle mavchins back then.

We didn't stay too long but long enough to watch the weird French entertainment of linning up men to run towards soldiers as they catupulted boiled sweets for them to fight over, yes they are a bit strange the French, then dressing up as an old maiden as you serve coffee in the locasl bar could also be seen as being strange. At leasst there was a lot of tourists and people to join in and watch all this strangeness.

But nothing was as strasnge as the two Mexican hairless dogs at the bar - they had no hair!