The clean up with cattle 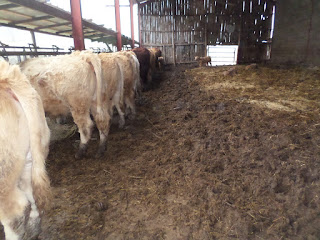 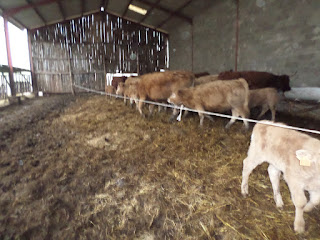 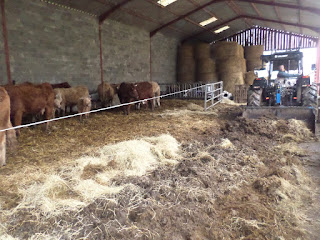 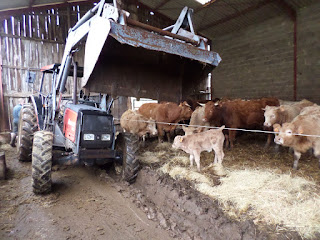 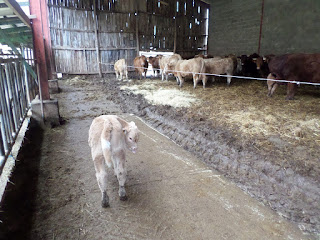 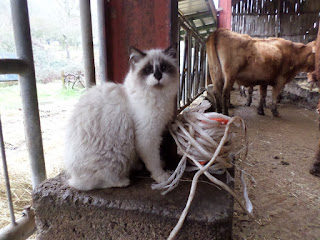 Since the beginning of January it has been very wet, now along with the rain we have a fair bit of mud around the place. The cattle have had to stay in the hanger as they would only wreck the track down to the woods where they can hang out during the winter weeks.

Last week the hanger flooded due to mud at the entrance rising higher than the inside. The cause was the digger work a few months ago, the levelling of the earth needed to be a bit lower. This meant a lot of digging out of mud for farmer J and making channels in the hope water would drain away. We then had to get rid of the water inside the hanger which meant shovelling very watery cow poo. This week another challenge as the hanger needed cleaning out with the cattle inside.

The hard standing was cornered off with a line of bailing twine where the cattle stayed one side (apart from Emilie's calf who has no fear of us due to him being handled when he was ill) so the tractor could come in pick up most of the poo, we still need to shovel  some of it as well, making for sore backs and arm muscles.

With no escapes it went a lot smoother than we thought this weeks cleaning would go but we did have our cattle supervisor on hand overlooking us all the time (apart from when he felt the need to play with the bailing twine).