The cover is on 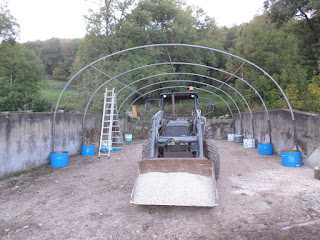 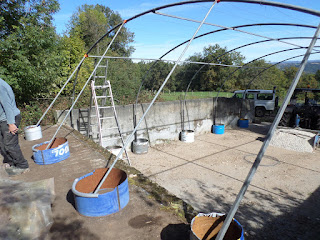 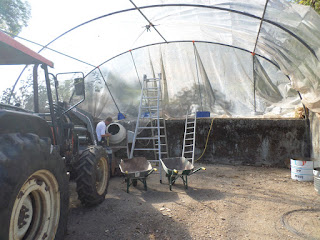 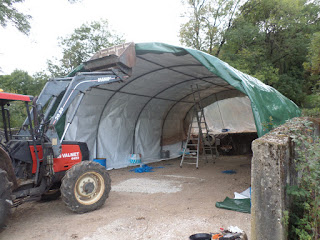 The plastic for the relocated poly tunnel has been put on. With a bit of thinking needed as to how to secure it as there is no earth for it to be dug into instead farmer J came up with half cut diesel containers filled with concrete (which I helped make this time) were put in place for each metal pole to sit in with the plastic being placed underneath.

Being in two large sheets it was a bit of  challenge to cover the frame, last time we had six people this time just the two of us, thankfully it wasn't windy otherwise it would of been a nightmare. The floor has been swept and is waiting a power wash with finishing touches to be made.

It has and still is extremely windy here today already the small tunnel for the pigs food and straw has lost its covering blowing off in the wind. There was no point in trying to put it back, far too windy anyway so straw and food bins have been covered as its due to be raining in the early hours which hopefully will calm the wind down.