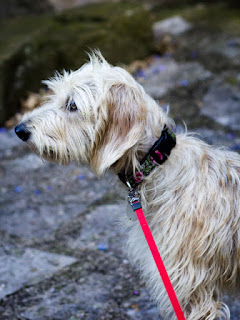 So as I have paws and find it difficult with keys Ali said she would write this post for me. Yesterday was suppose to be a surprise day but it wasn't as the surprise has been rescheduled to Wednesday afternoon. Ali is a bit relieved as it meant a couple of more days to look my best, get rid of my new bout of fleas and perfected my sits and downs a bit more. So as there is no news of this surprise I am going to tell my side of living with the Sticklers so far.

They seem to be a quirky family, with lots of animals around where I am sadly  not the center of attention. I am accepting this now with my anxiety of being left beginning to fade (a bit) as long as I am left with my best mates Franklin and Tyser, although Tyser can be a bit grumpy at times, Ali says this is cause his on a diet and beginning to feel his age. If I am left on my own I tend to get into mischief, so its best for everyone that I'm not. 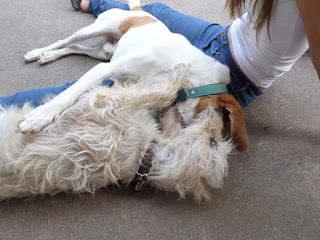 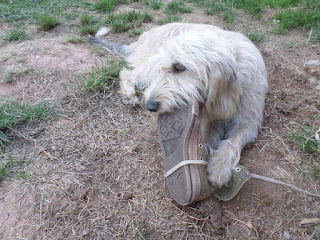 We have rules to follow, some of which I am finding very hard to obey firstly my chewing is a bit annoying to everyone, I see things as objects and not a shoe, book, lead or table. I am given my own chew things but these don't seem to interest me as much, especially Ali's bra which is just the best for running around the garden with. I also bark at people a bit, I really want to meet them but am just very bit scared of them as I have never been socialised. I do however really love miss F who is living here at the moment, she gives me lots of cuddles, brushes and I finish her crusts of toast without anyone else seeing. I would love to share her bed with her but she says it's not on when I'm wet and smelly, this is something I will have to work on. 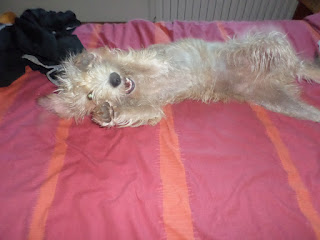 Another rule is not to wind farmer J up, he doesn't like my barking or kisses but is beginning to give me a stroke so it wont belong before I win him over. Inside furries also have to eat from our own bowls, I've had to learn to eat pretty quickly as Franklin (who thinks his top dog but isn't) loiters around trying to steal my food if given the chance. My ability to open the kitchen window by pulling on the recycling bag pays off when I jump up on the window ledge to eat Fizz's food has also been noted, I've been told I will start meowing if I'm not careful so i best stop eating cat food. All other food stuff is now stored away due to my foraging abilities. 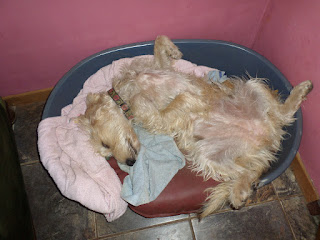 When humans go to bed so must I go to sleep (in my bed although Franklin is often in it) and stay asleep and not wander wanting to play, this has been hard but I think I've nearly cracked it. 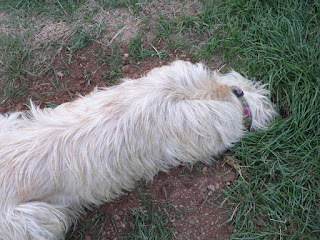 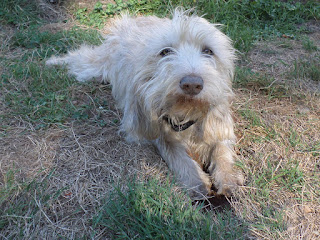 Digging holes is suppose to be not allowed but I can get away with it if no one is looking, apart from the tell tell signs of mud on my chops, at least I don't hide things like Franklin. Ali says this would be a really bad rule to break should we have a homes and gardens garden but we haven't as this would mean no signs of anyone actually spending time in the garden (apart from reading) as at the moment it has lots of dog paraphernalia like toys, leads, harnesses, towels for wet paws (which no one walks on to dry said paws) and fizz the cat asleep in it (as well as a few weeds).

So that is a few of the rules, I'm sure there will be more coming but for now I will sleep really well tonight read for my surprise tomorrow.