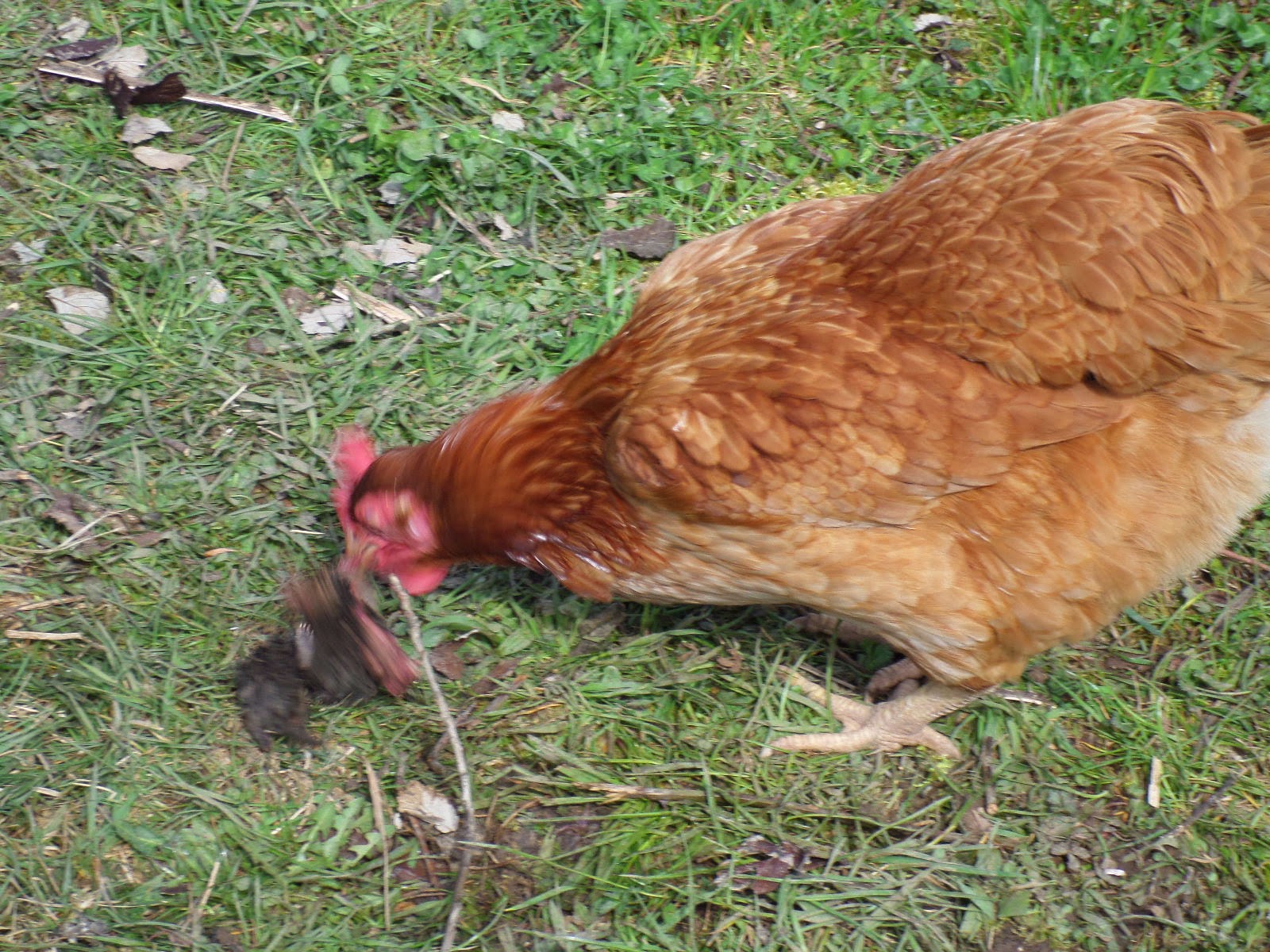 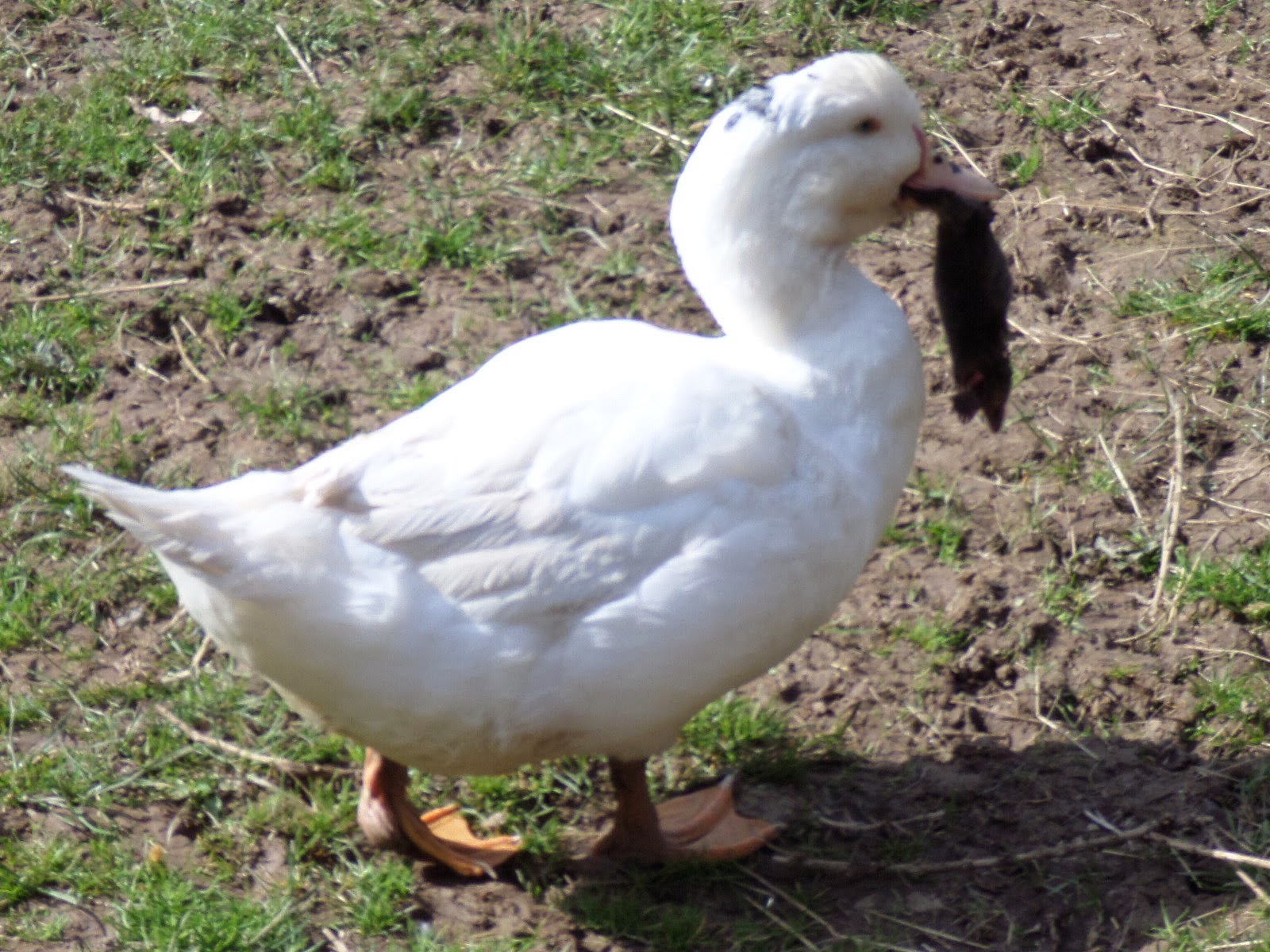 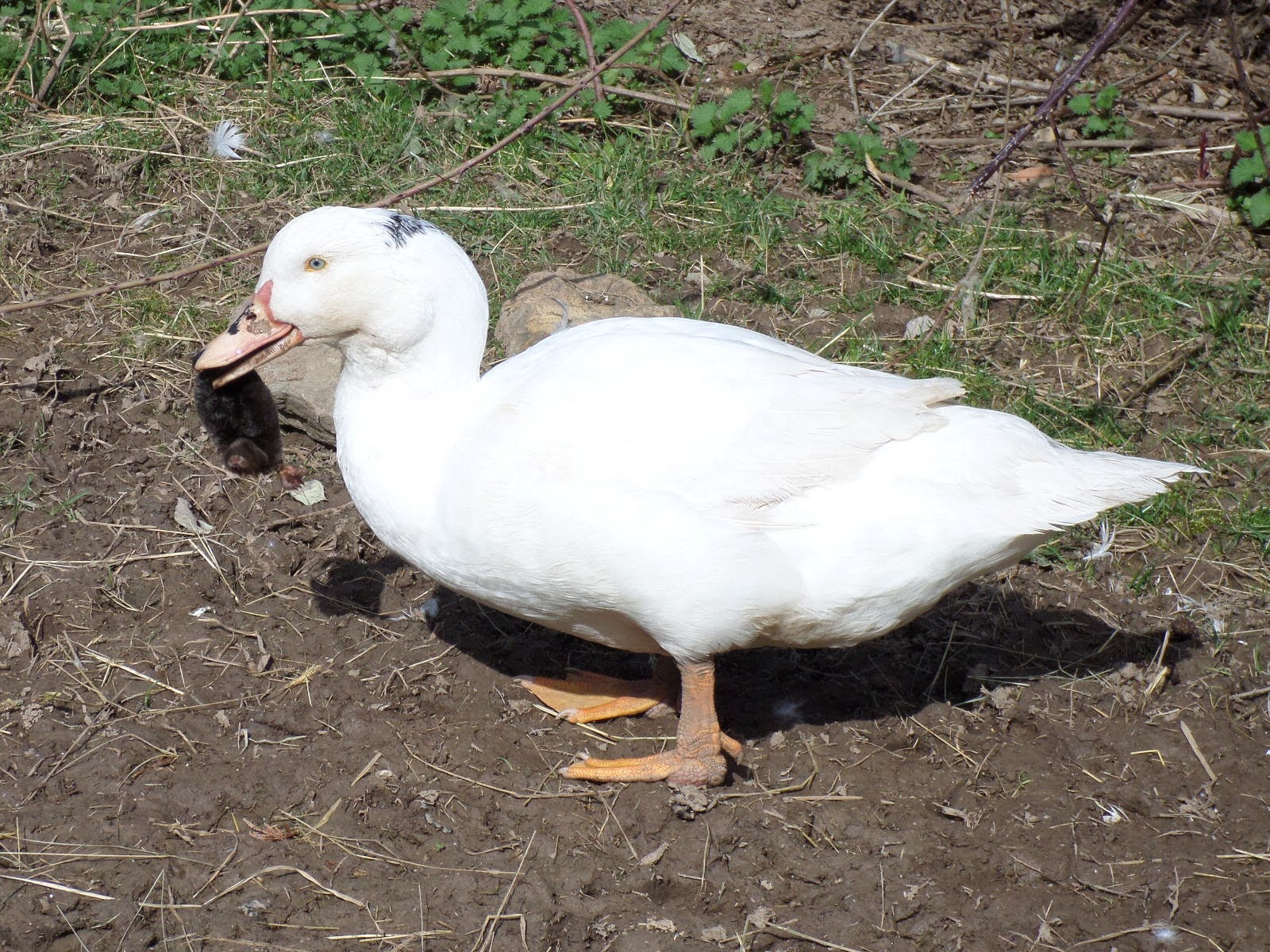 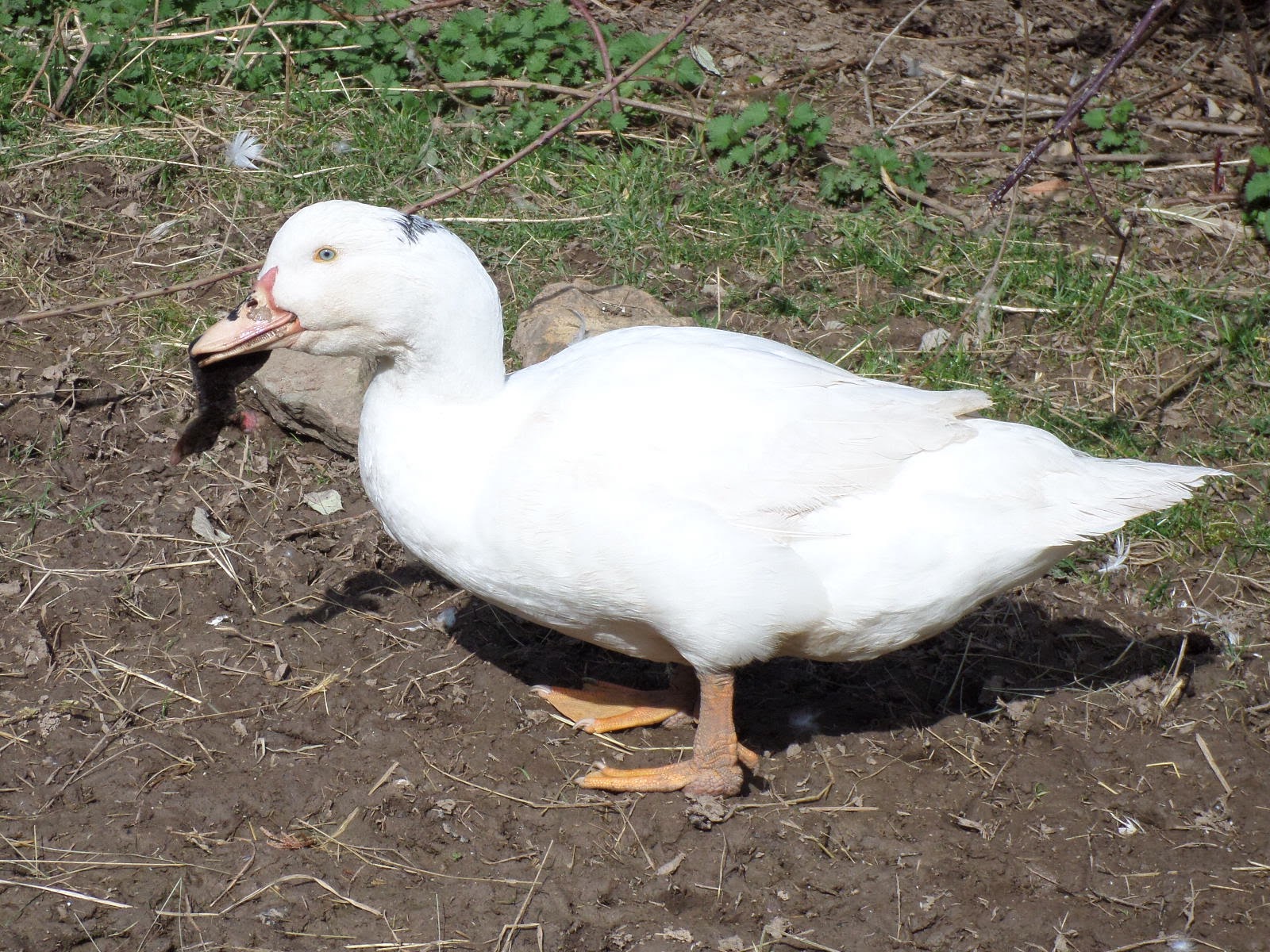 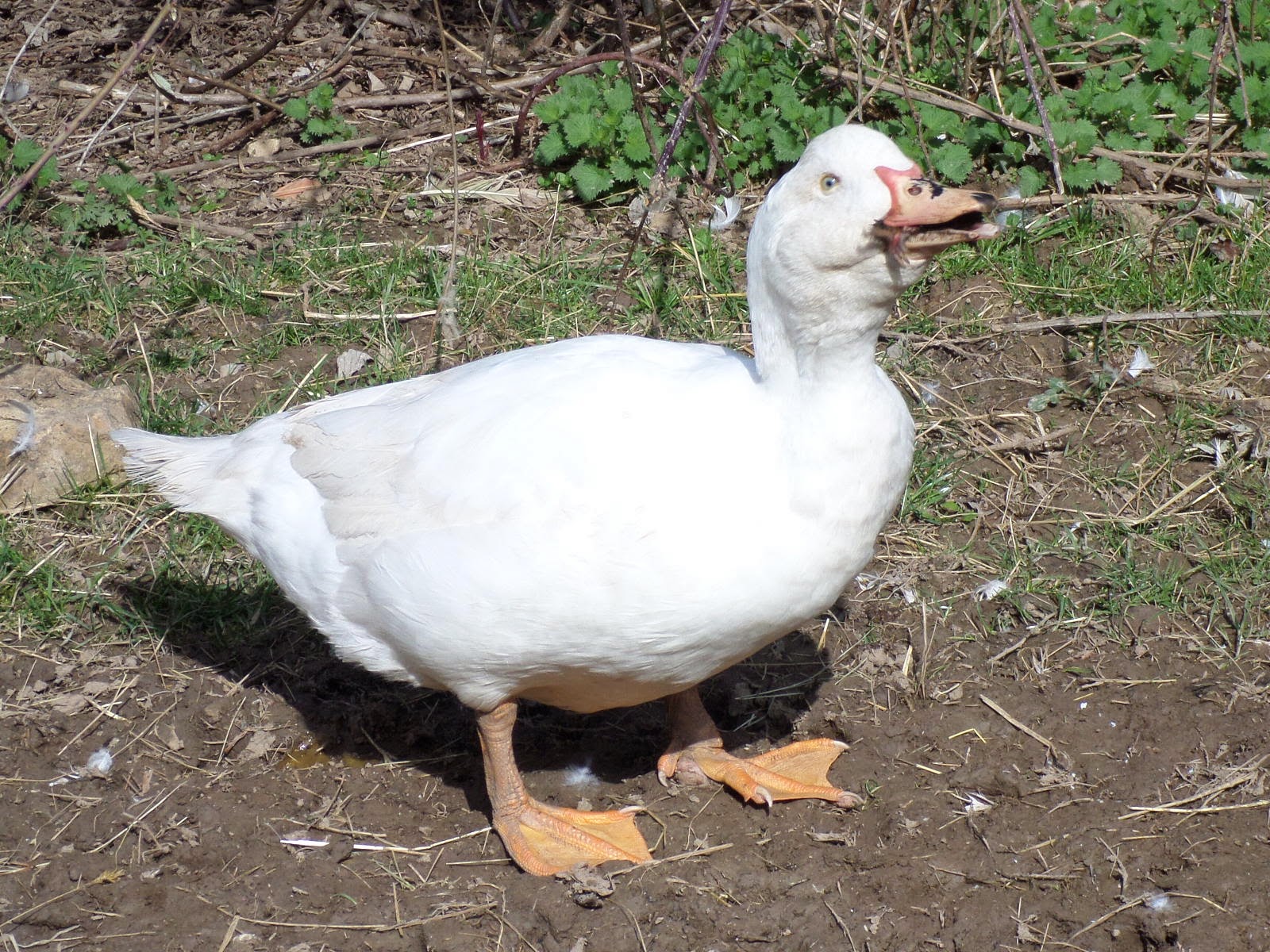 Here in our little part of South West France we seem to have a lot of moles, people spend vast amounts on trying to get rid of them- traps, bombs, poison and tubes that make a vibrating noise are a few.

As we don't have an cricket pitch lawn and we live in the country we don't fret at yet another mole hill coming up through the grass. We did have an adopted German Shepherd, Bella left by the previous farmers who was an amazing moler with a quick snap they were gone. Milo and Franklin never got the hang of moling they were always too late but never less would proceed to dig up the mound left so not only did we have hills, (which the moles work hard making excellent finely tilled earth for potting plants) but large holes (which had to be filled in by the hills).

But now we seem to have new molers of the feathered kind, probably not a nice way to go for the mole but at least they made a meal for a few fowl. Yesterday morning while clearing up around the farm I saw one of the chickens with a dead mole. Not sure if it was dead before hand but made for a   flurry of running chickens as they followed the chicken with the gourmet nugget.

Later walking through Gorgons field there was the old duck with something in his beak, yep a dead mole. Not the same one (it wasn't as mangled as the first!) I then watched as it tried to swallow it, it took a few attempts but he got there in the end. The thought of having to perform the Heimlich maneuver on a duck did cross my mind as I stood and watched for a few minutes, no chocking so I guess it went down.

So those chickens and ducks are not that endearing, yes they do eat slugs, snails, worms and bugs. Small birds have been seen in beaks, mice and small rats go down well too. We once had a duck hatch out a clutch of ducklings under a pampas grass,  very cute I invited our gite guest to come and show his toddler son as we then watched the mother swallow a duckling whole. "do they do that often" he asked. "not that I'm aware of" i replied. I guess it was natures way of eliminating the ones that are not going to make it.