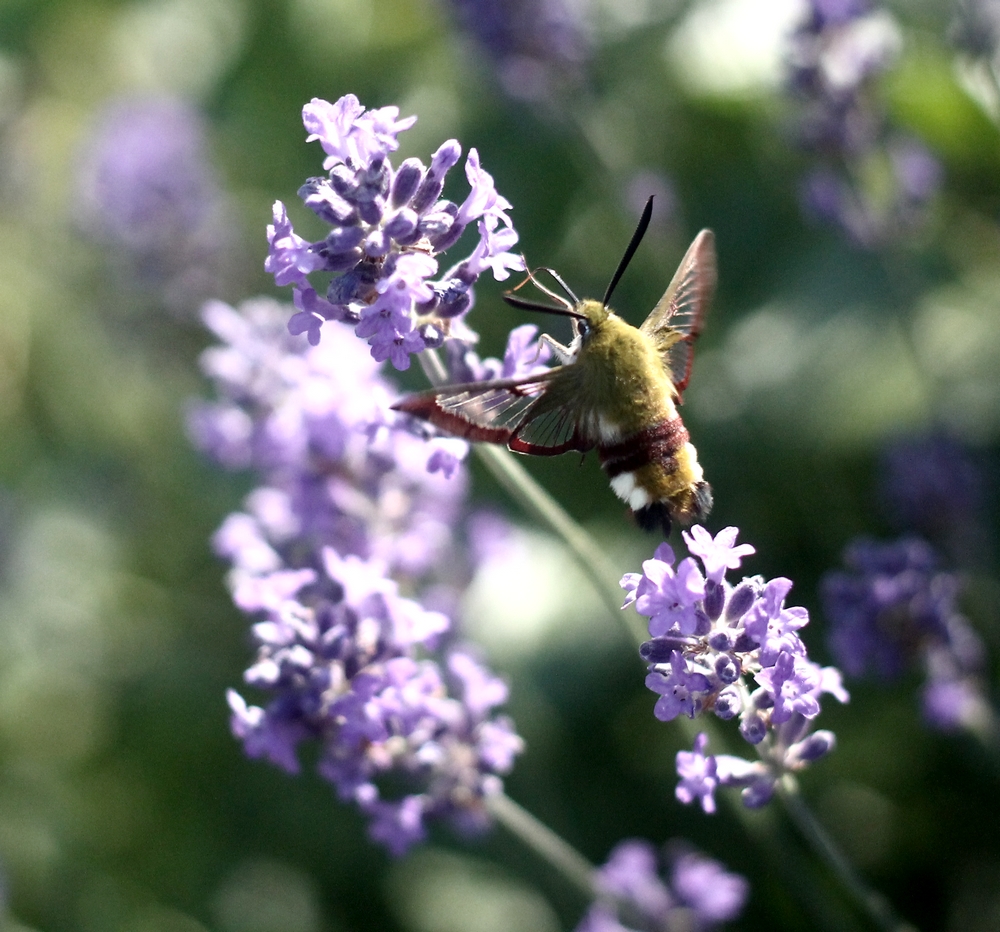 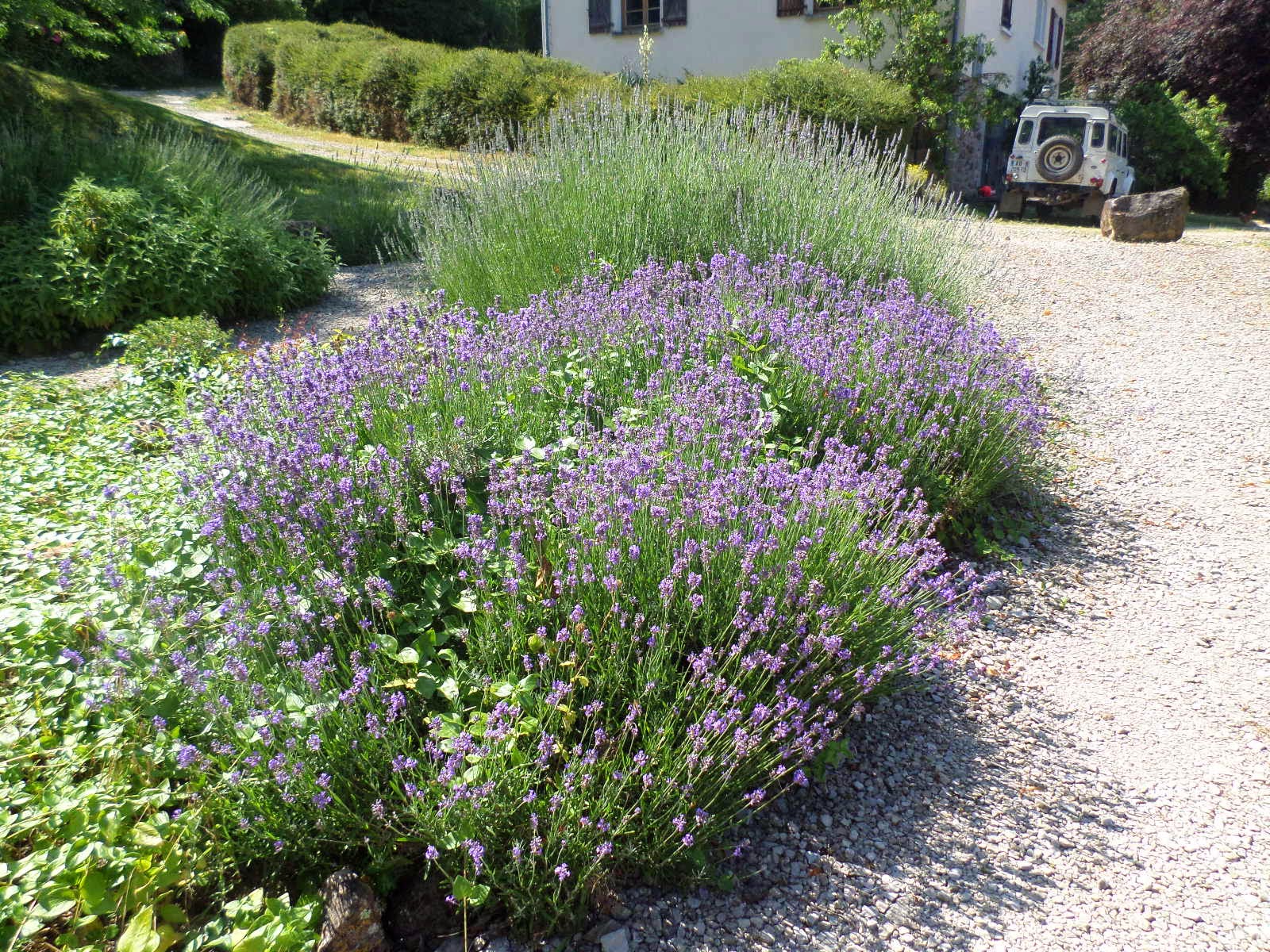 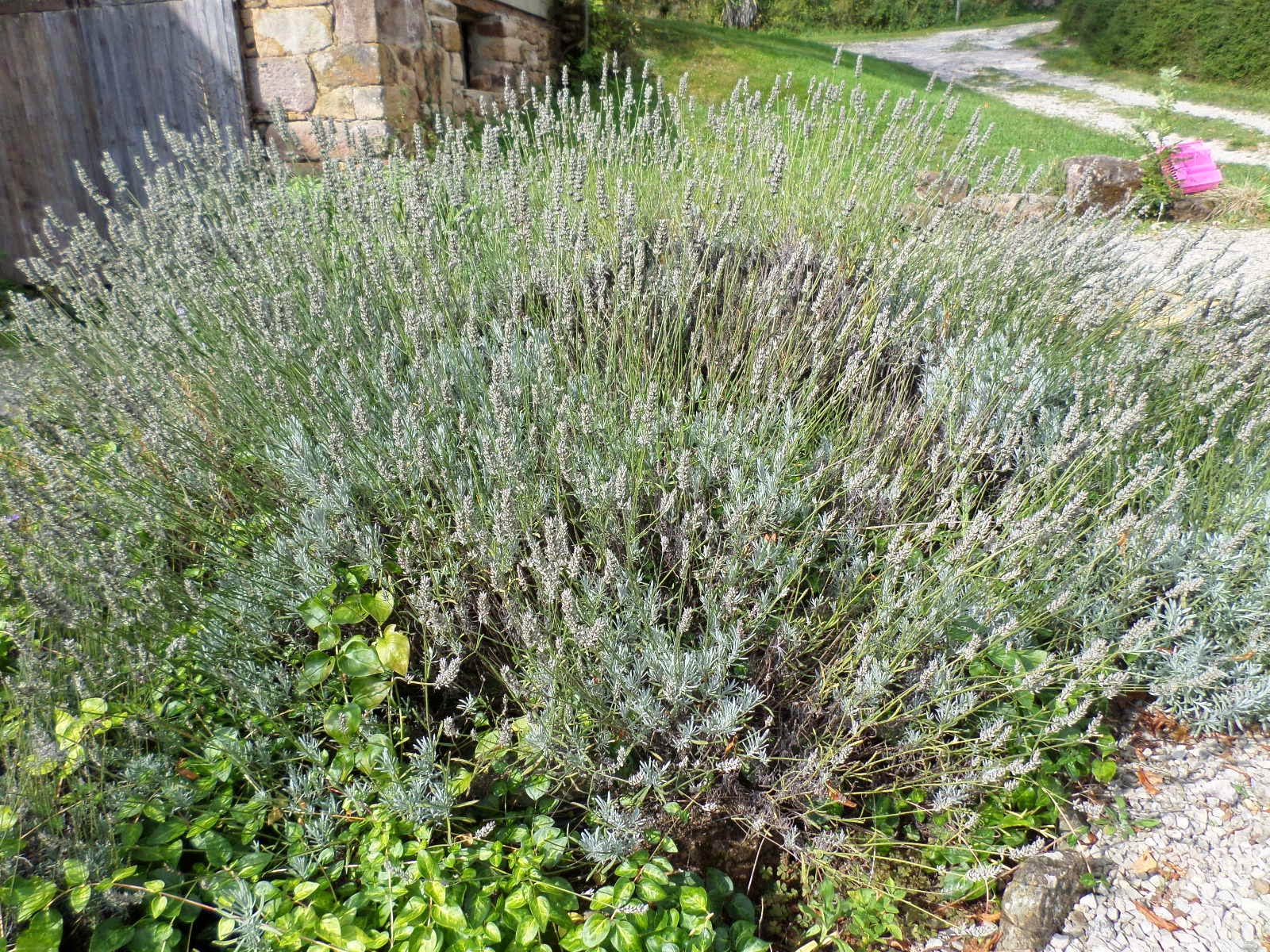 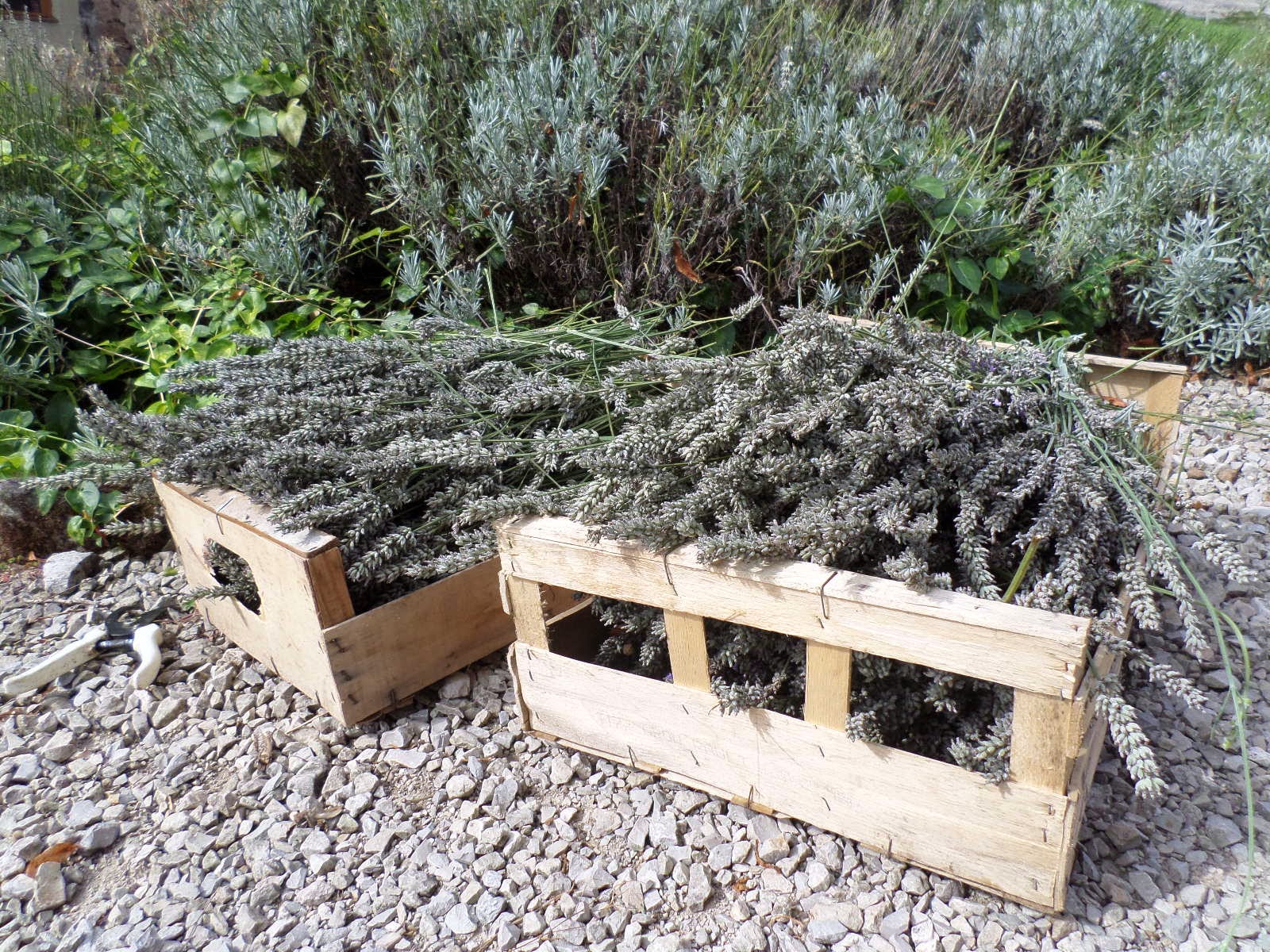 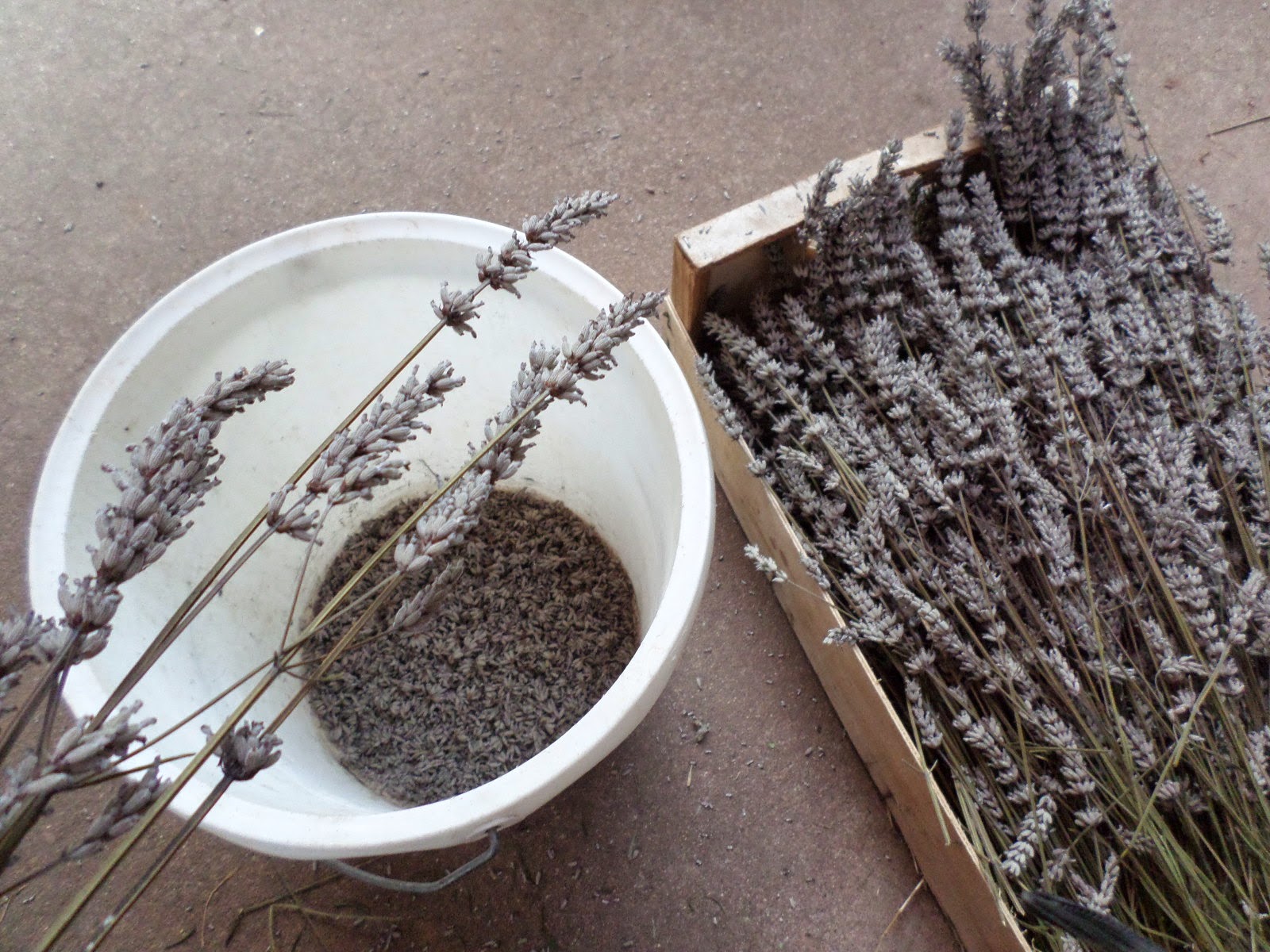 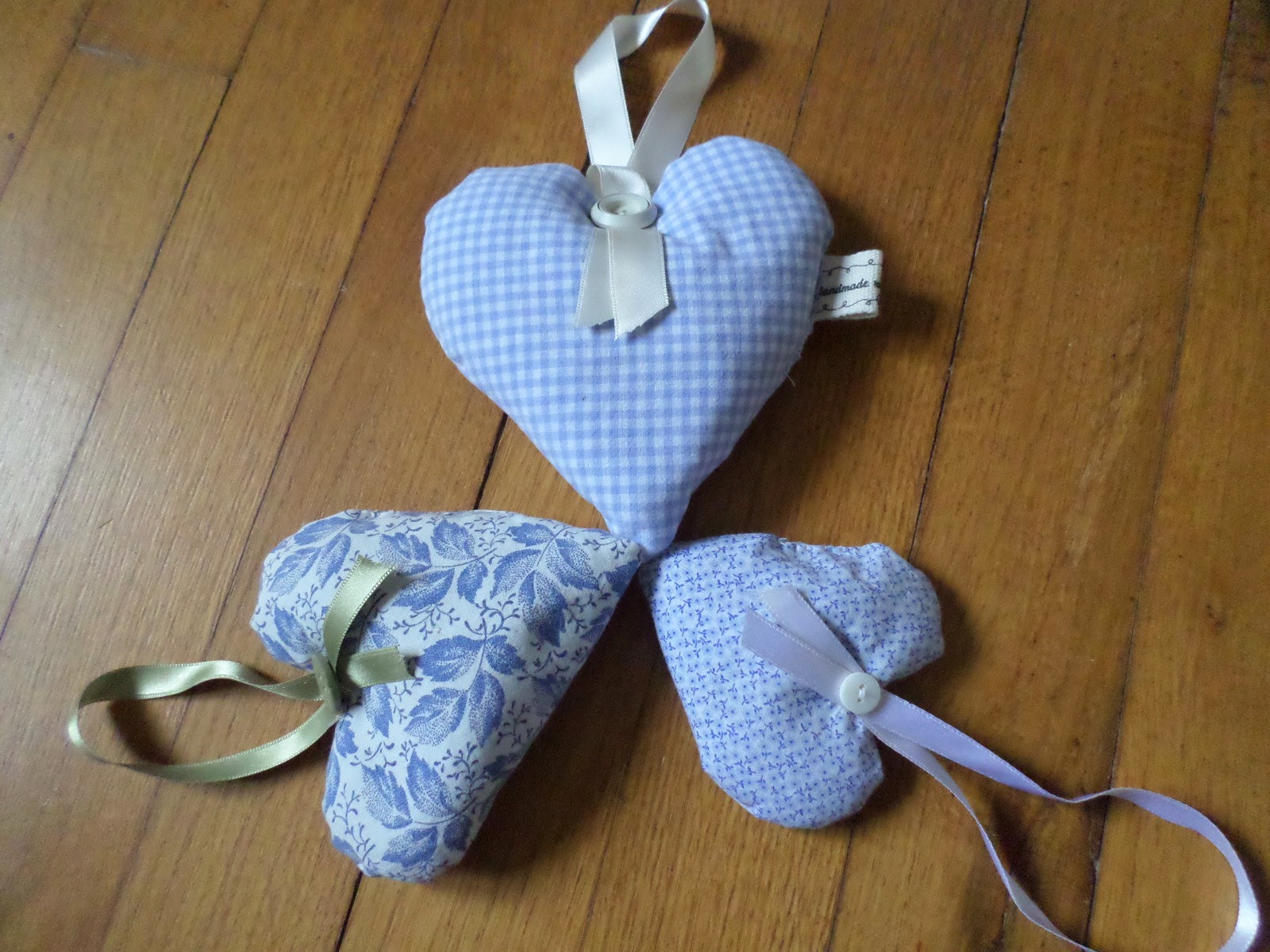 One plant that does grow well around the gites and garden and that I don't seem to be able to kill is lavender. In the summer the bushes are swarming with bees, hummingbird moths, butterflies and other flying insects, lot of holiday photos have been taken by keen photographers, some setting up chairs and waiting for ages with big cameras and lenses waiting for the right moment and right insect to land.

It does give a lovely show and smell as well, its picked and placed in vases in the gites by guests. Its very tactile and difficult to pass without a rub of a flower that's if you like the smell. I think its very much like marmite you either love it or hate it, a smell of memories of grans and old aunts who use to get given Yardley's old lavender smellies for presents. I like the smell but it can be quiet overpowering, especially when this year I have finally been able to save the dried flowers. Previous years other things have got in the way and its been to late, they got wet and were not their best for saving. But with a dry spell i managed to cut nearly all the flower heads ready for de stalking.

What a job that is, best done sitting with a glass of wine, with no helpers it took a few glasses but I'm nearly there. Just one more box to go. But what to do with it all.

I've made three lavender hearts so far, may need to work on going round the bendy bits with the sewing machine, there now in the cupboards of towels and bed linen for the gites (hope we don't have any marmite haters coming next year). Those three bags have only taken up a very small quantity so there may be a lot of pinning, cutting, sewing and stuffing of material to produce more bags for gifts.

Farmer J wants one tied to fizz who at the moment has taken to spending her time laying on the hanger floor where the cows have been so she has a nice odour of cow poo, another like it or hate it smell.