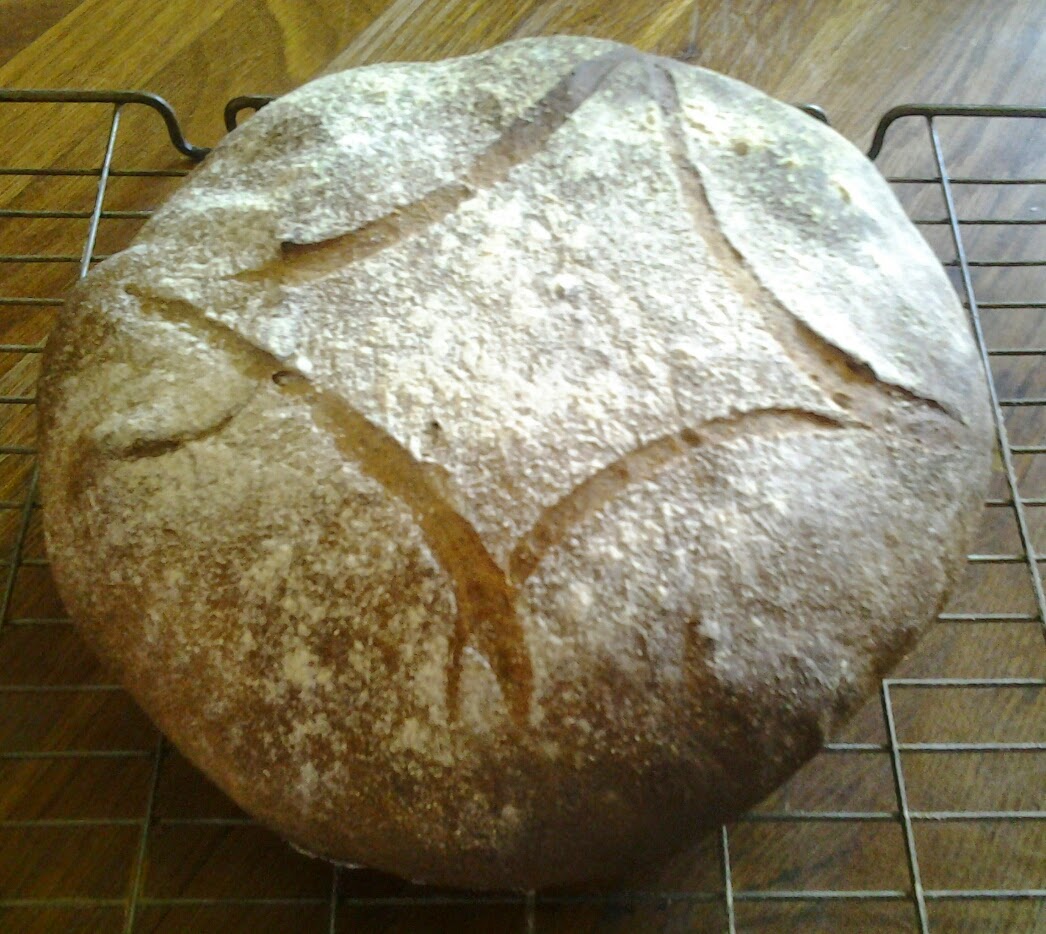 I made my first sour dough loaf of bread, although it smelt and tasted really good it was a little on the dense side due to my inability to wait for the sponge dough allotted resting time and not enough time in the day to kneed, kneed and re kneed. The starter is now dormant in the fridge as this week has been too busy to care for it and make more loaves. 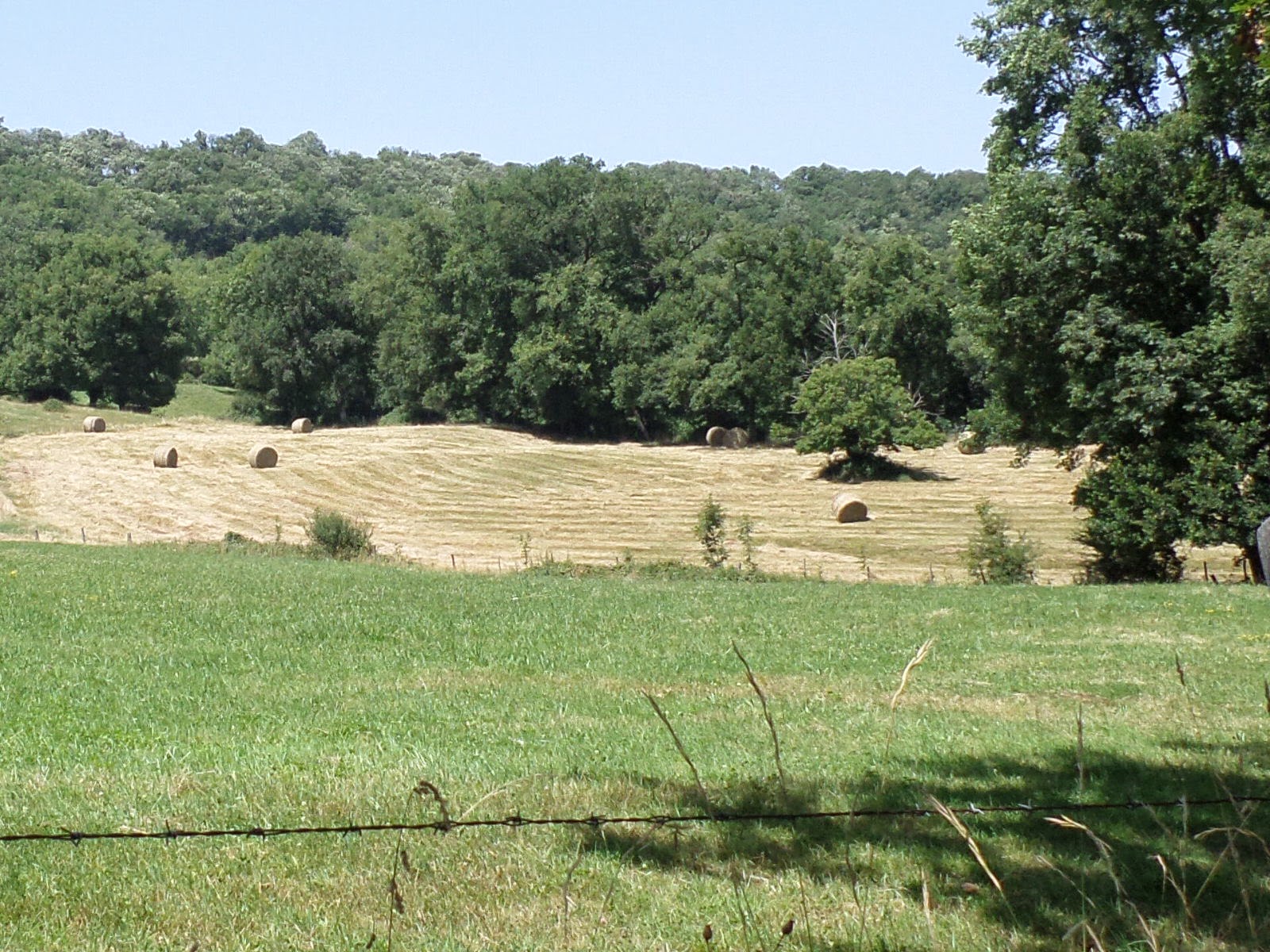 The last field of hay has been cut and bailed for this year. 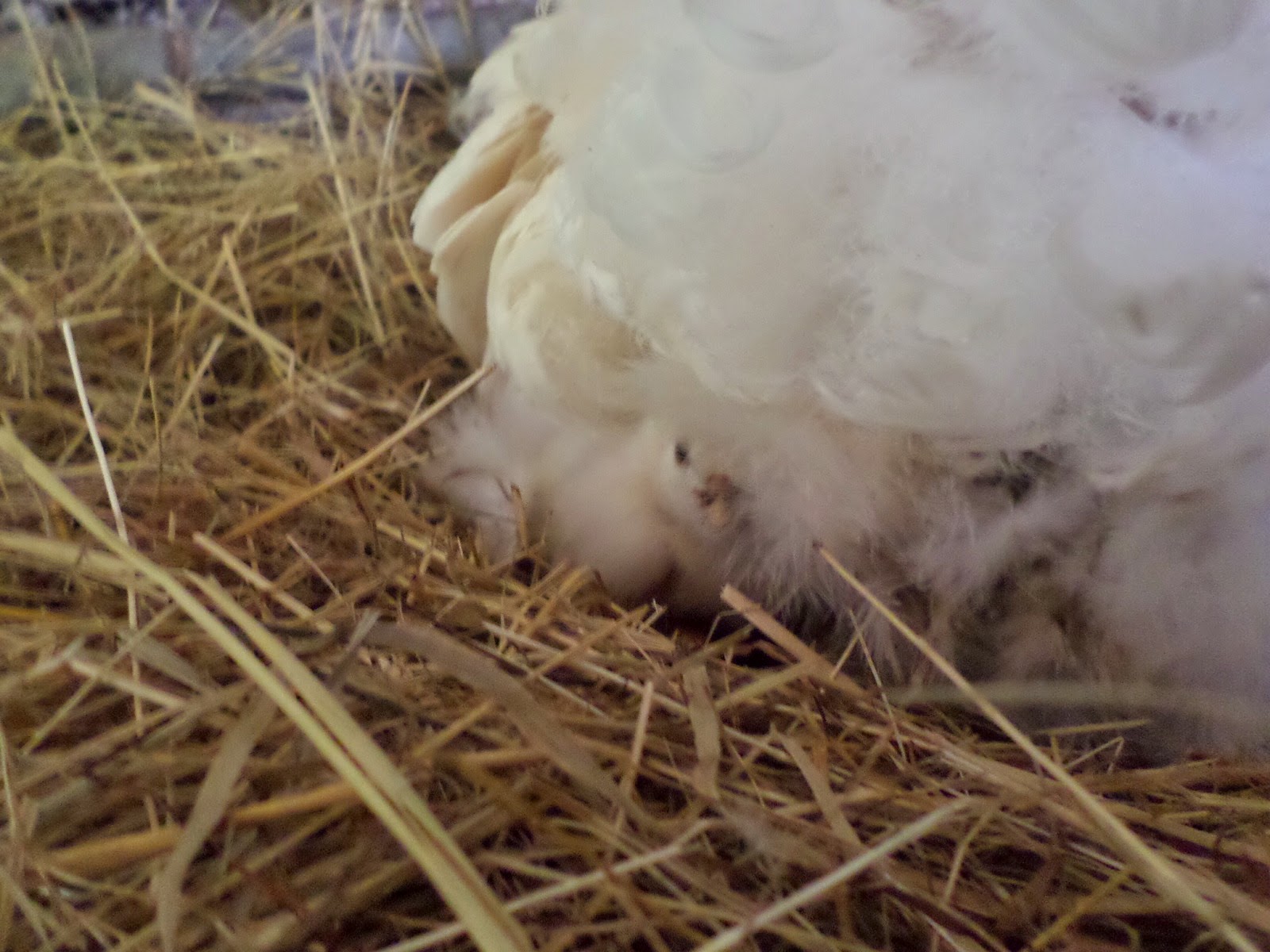 Remember the vicious broody hen, well she had a chick that hatched which were both about on Thursday but sadly I think she squashed after returning to the clutch of eggs that she had left for the day. She is still sitting on those eggs and pecking when I tried to move her to see if I could find the chick. I will give her next week before getting those thick gloves out to move her ( and the gone off eggs) 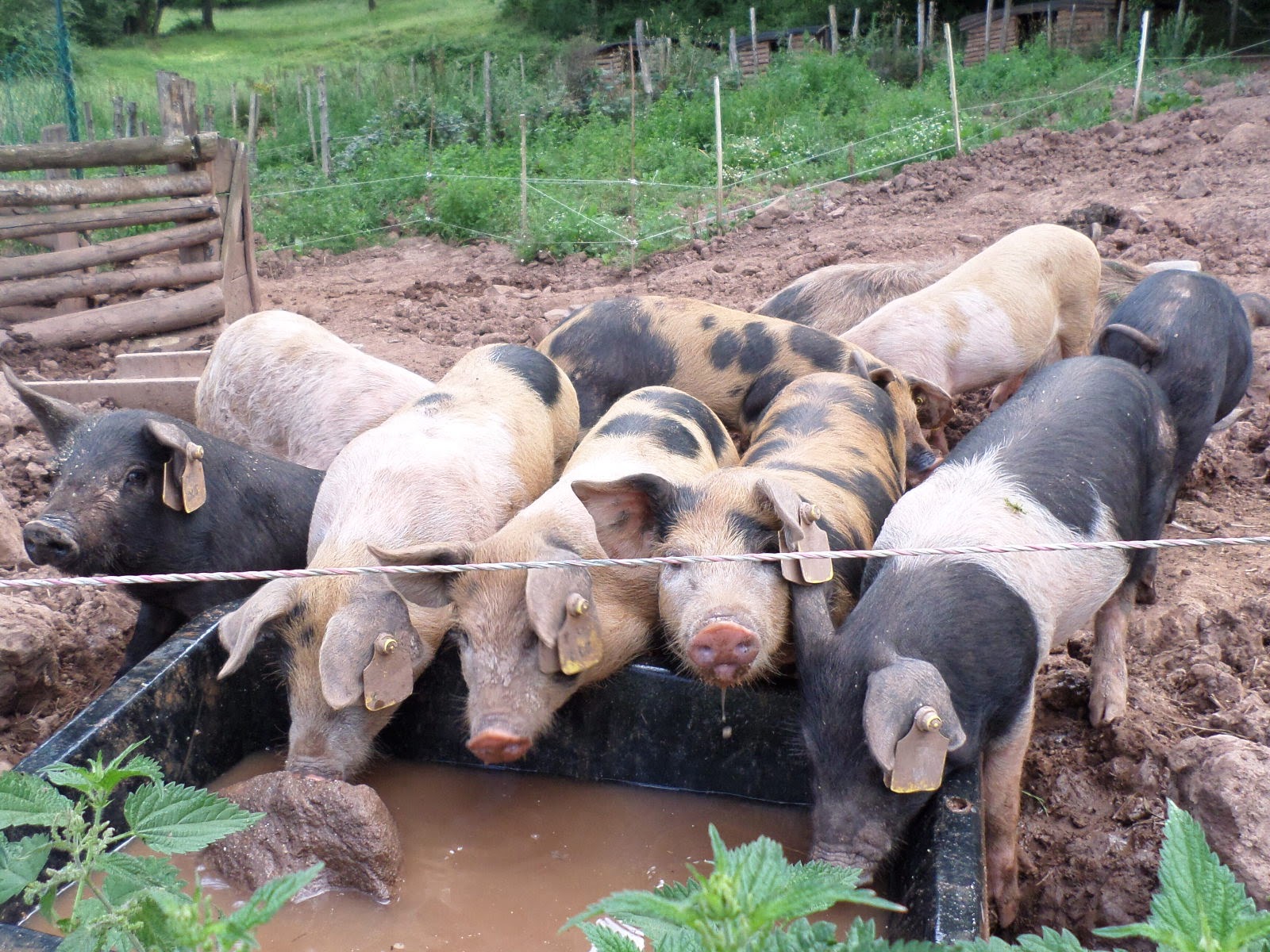 The piglets will be 8 weeks old next week, time to split them from Sandy who is beginning to be wound up by them especially when they try to steal her food. As there is ten the plan is to split them in half moving five one week and the other five the following, they may have other ideas............ 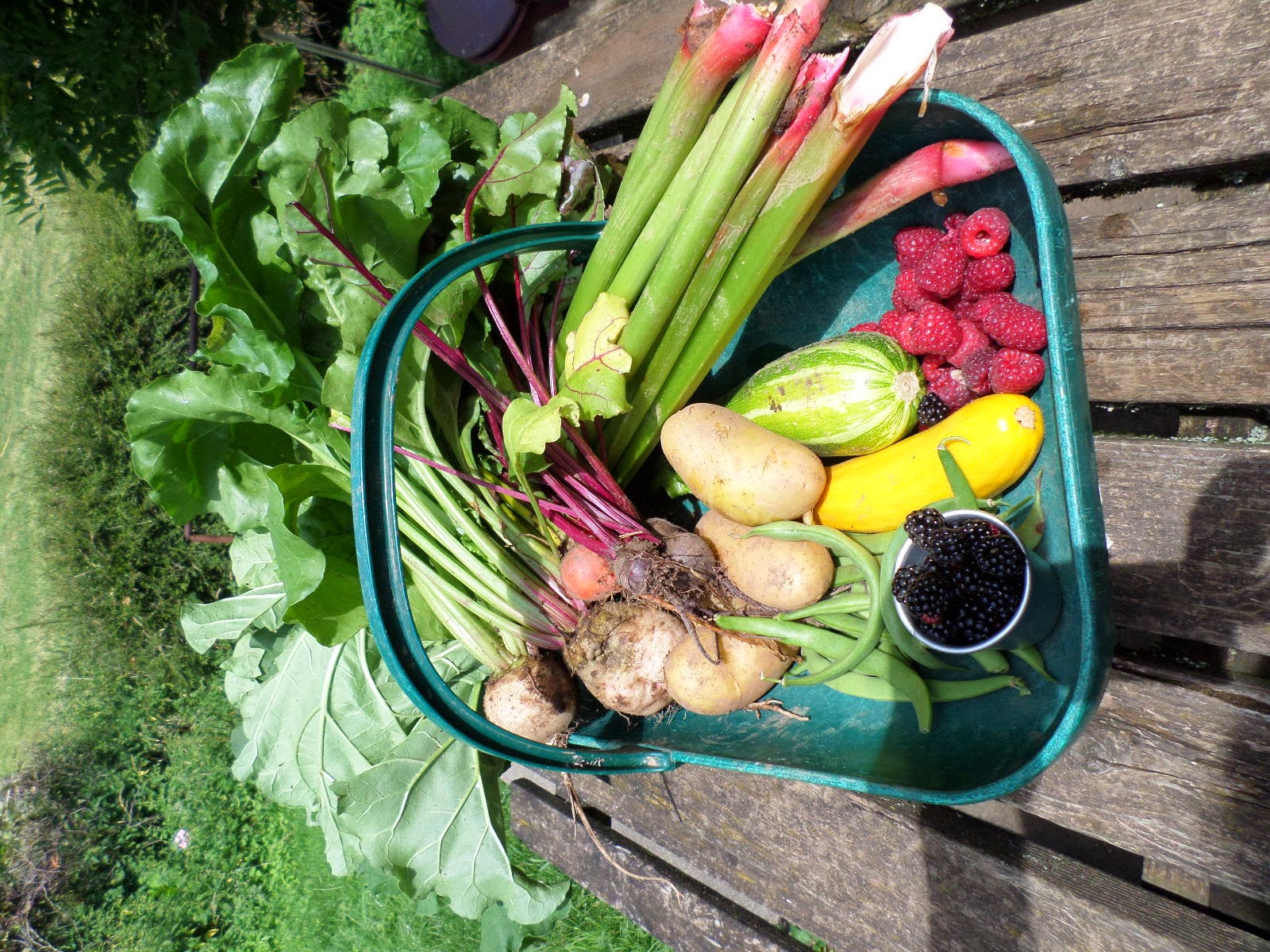 The veggie patch is productive with a rainbow of colourful vegetables and fruit, the first blackberries were picked today for a rhubarb and blackberry crumble. Collecting what we ate for lunch in between showers I noticed how much weeding needs to be done next week, that's what you get for missing a four days of turning your back from it while helping with processing two pigs, making 50 kg of sausages and cleaning two gites, with a bit of cooking four course meals in between for gite guests. It's been a busy hot week changing last night with heavy rain and storms which hasn't really let off here today, nice not to have to water the veggies but not good for our gite guests. 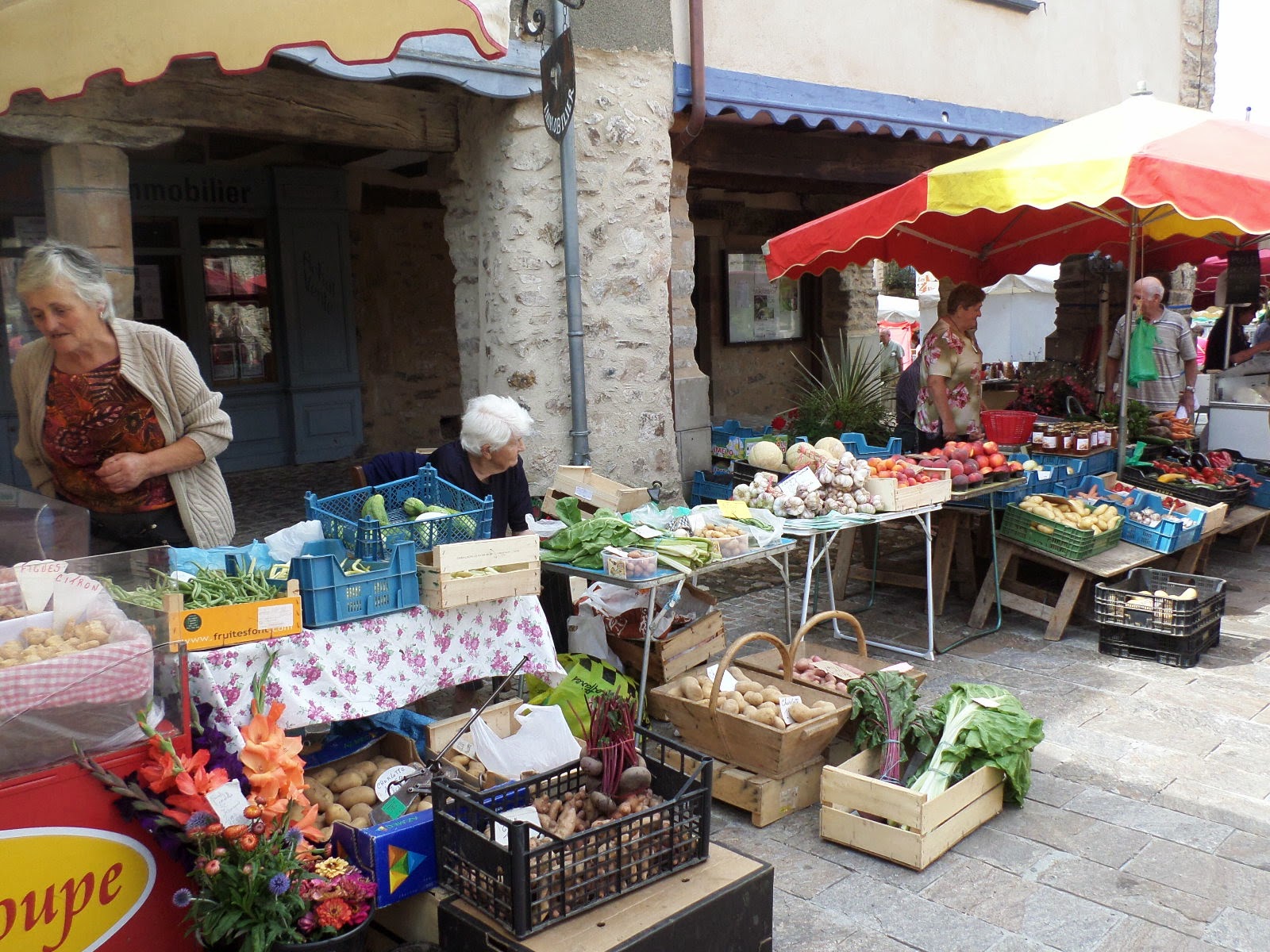 Delivering pork and sausages today up in the village we stopped for coffee ( before the rain arrived). Lots of tourists were around at the market where stall holders include locals selling their excess produce - bet they don't have rabbits running everywhere. Today was a relax as will tomorrow with only the bacon to be finished hopefully it will be a slower week. 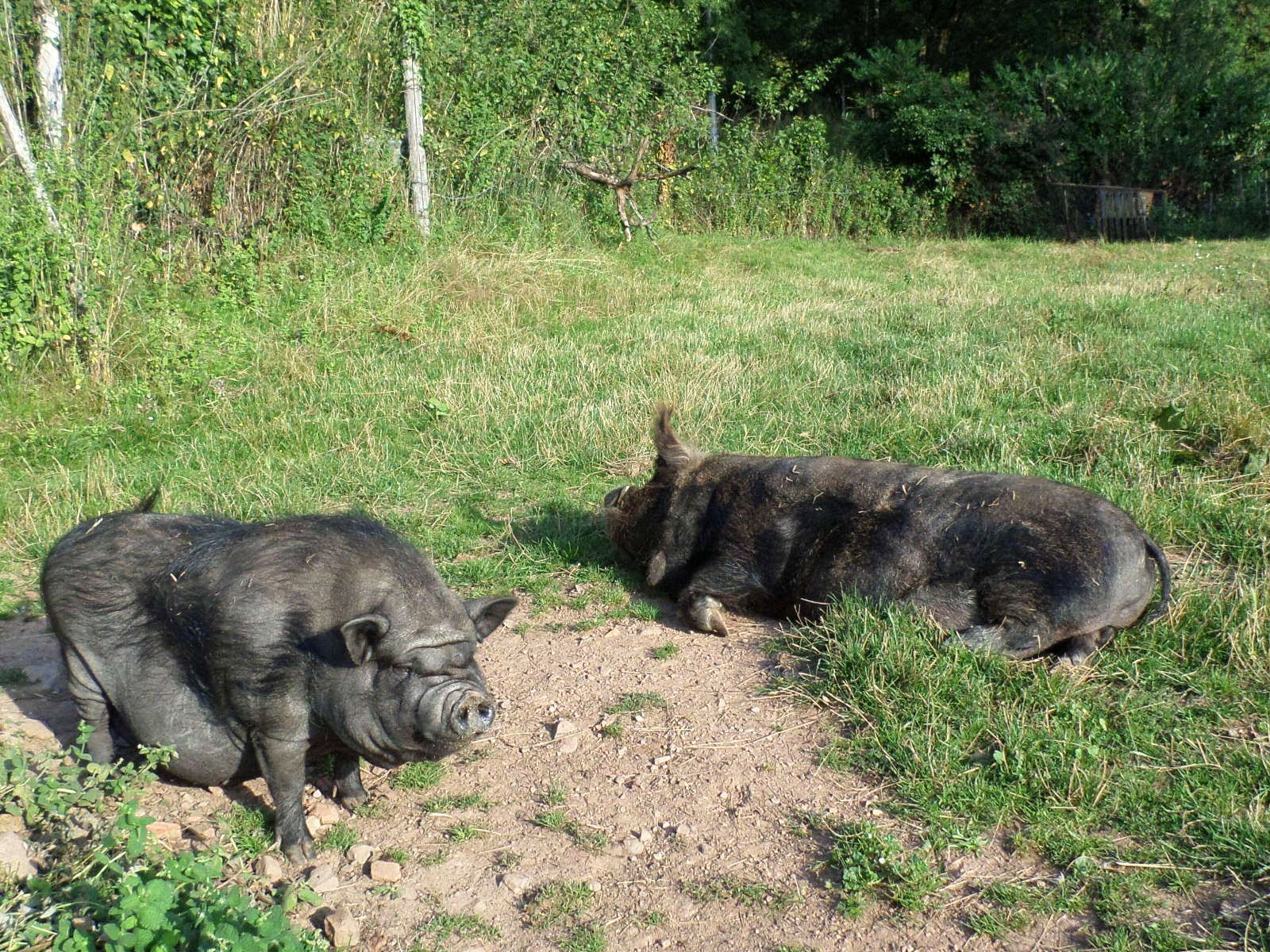 Gorgon is exhausted after a fortnight of young guests making him wake up and walk for a scrap of food. Its such a hard life being a pig. I actually thought we had lost him the other morning, usually he is up making a racket for his breakfast. I had to physically shake him he was in such a deep sleep.
Getting on in years I'm not sure his up to this hard life of entertaining and eating. 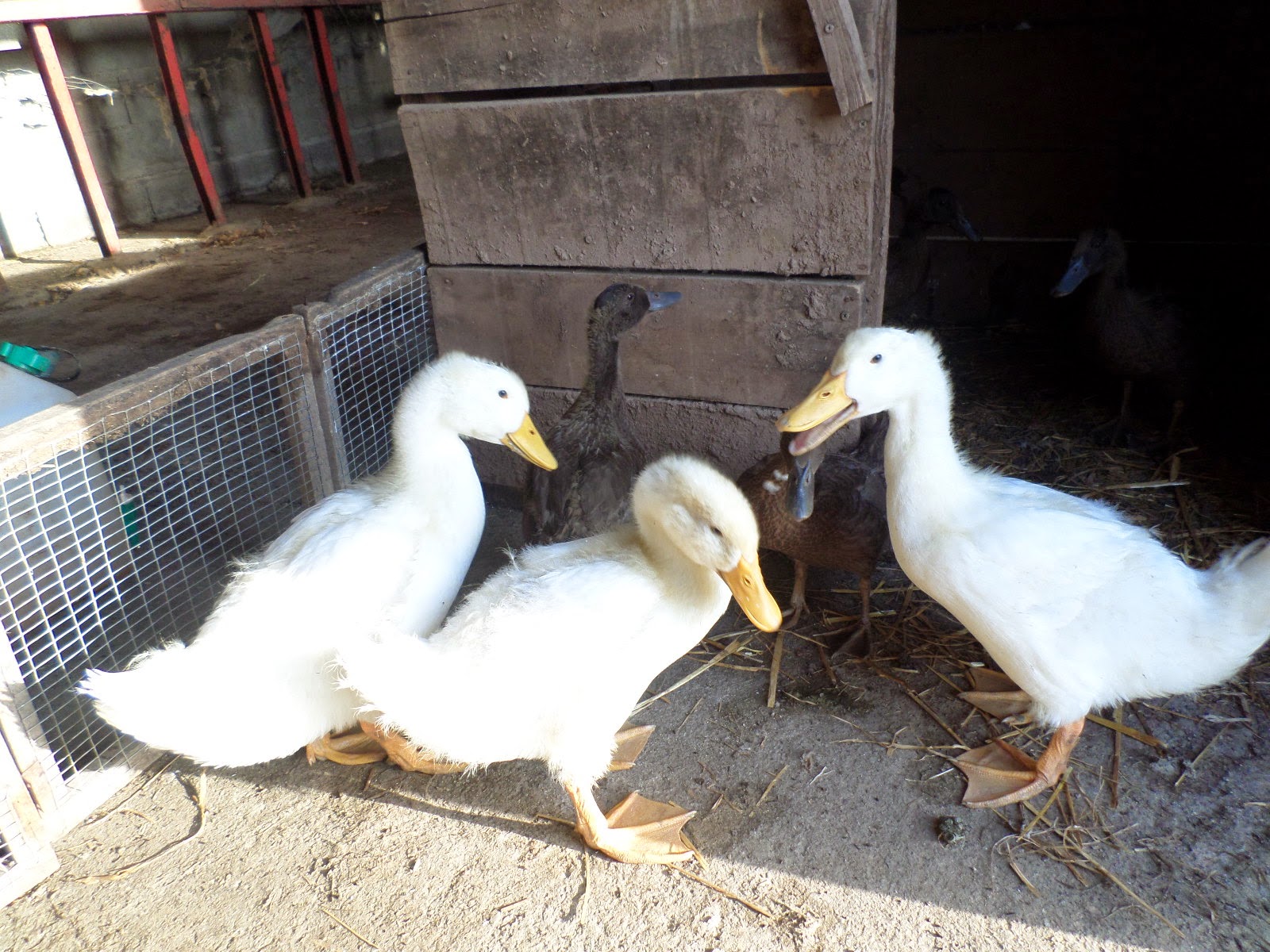 The quackers have finally managed to put themselves to bed tonight, OK it was late and pouring with rain but hopefully they have now worked out walking up the ramp (the same one they walk down) saving me from running around catching them of an evening. Just as well they are not Indian runners, still more entertainment for the guests as they watch me slip over while catching them or when rounding up the chickens in the pen who have such a nervous disposition they all shoot outside as I try to shut them in.