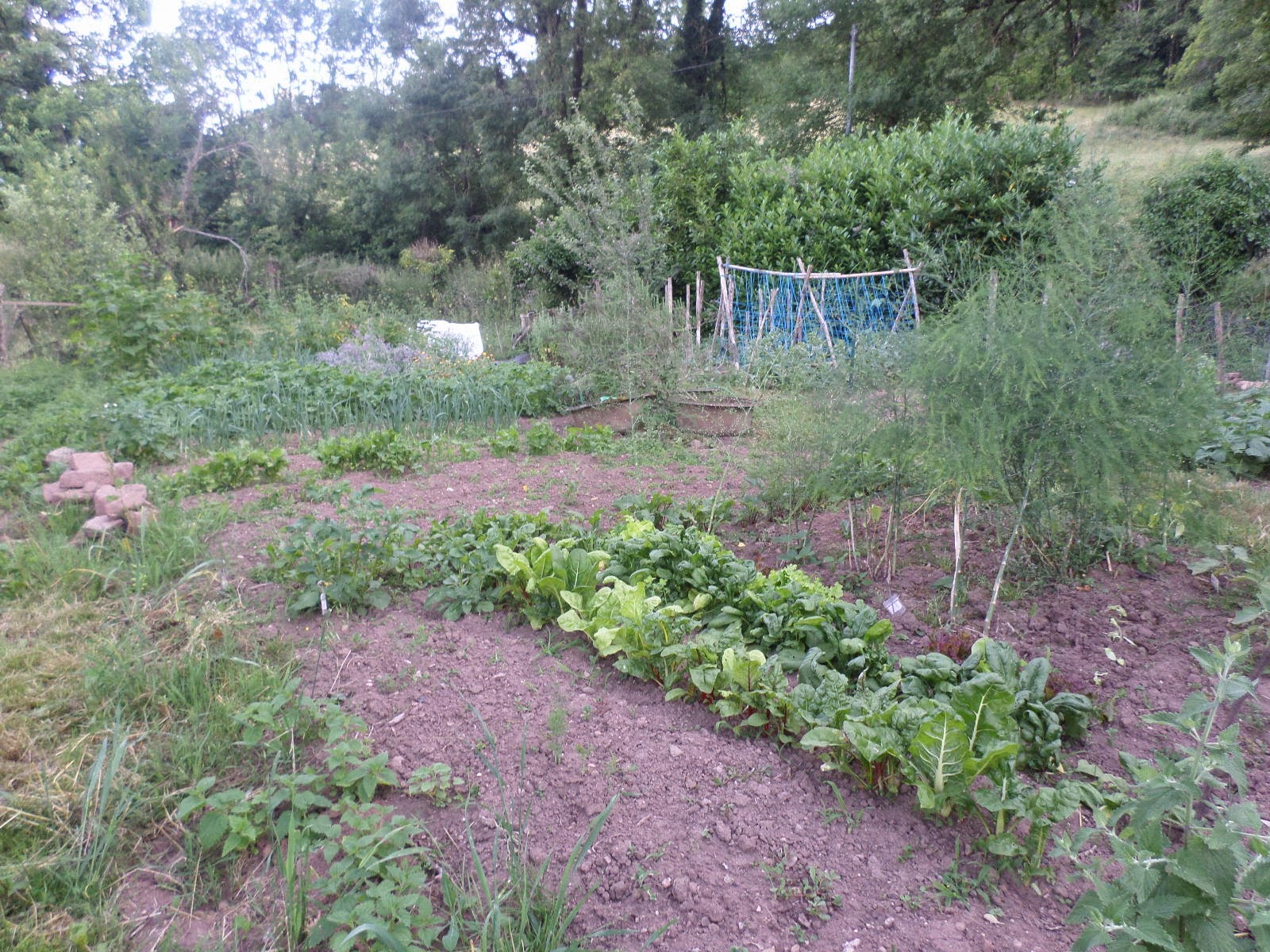 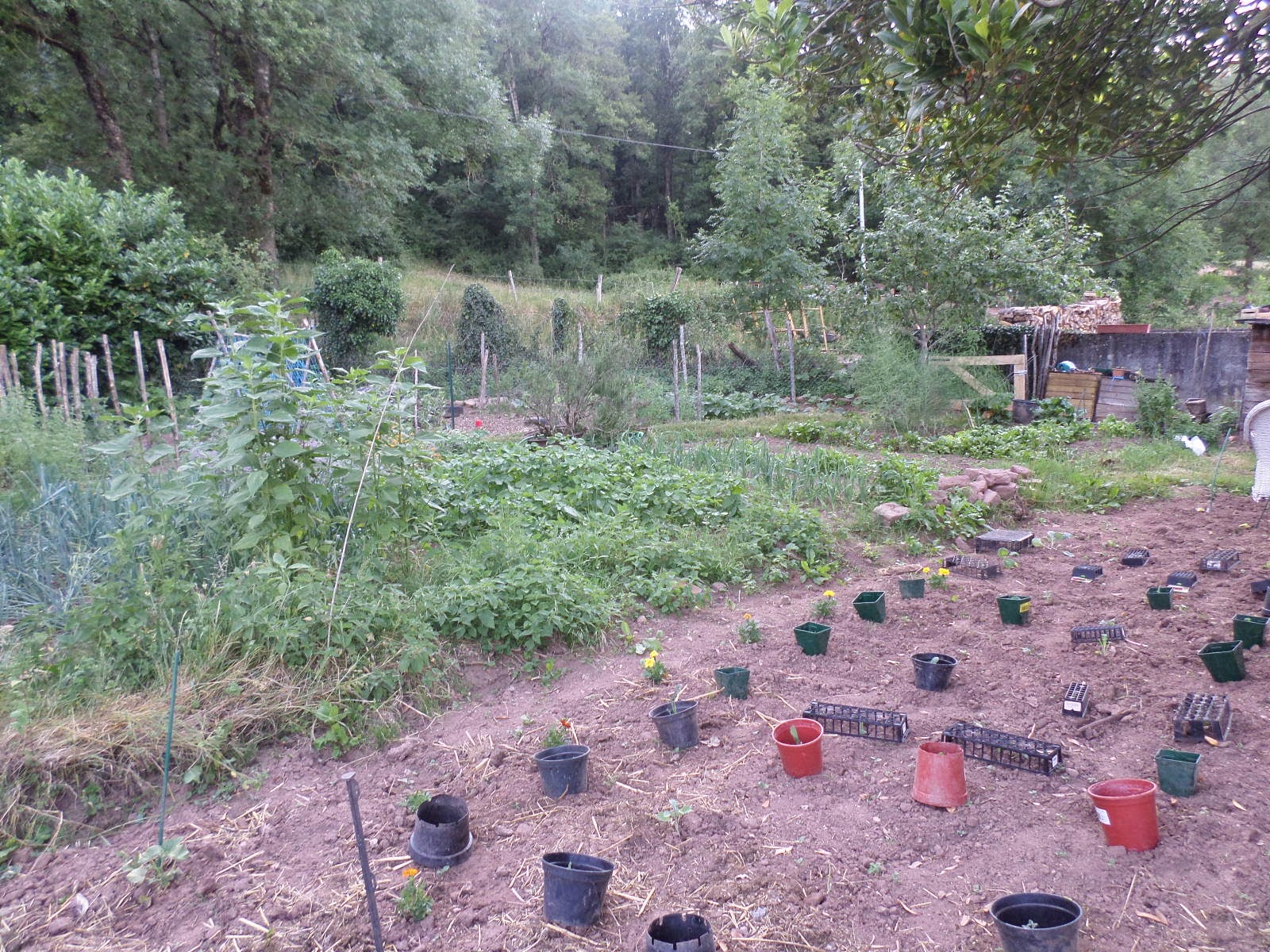 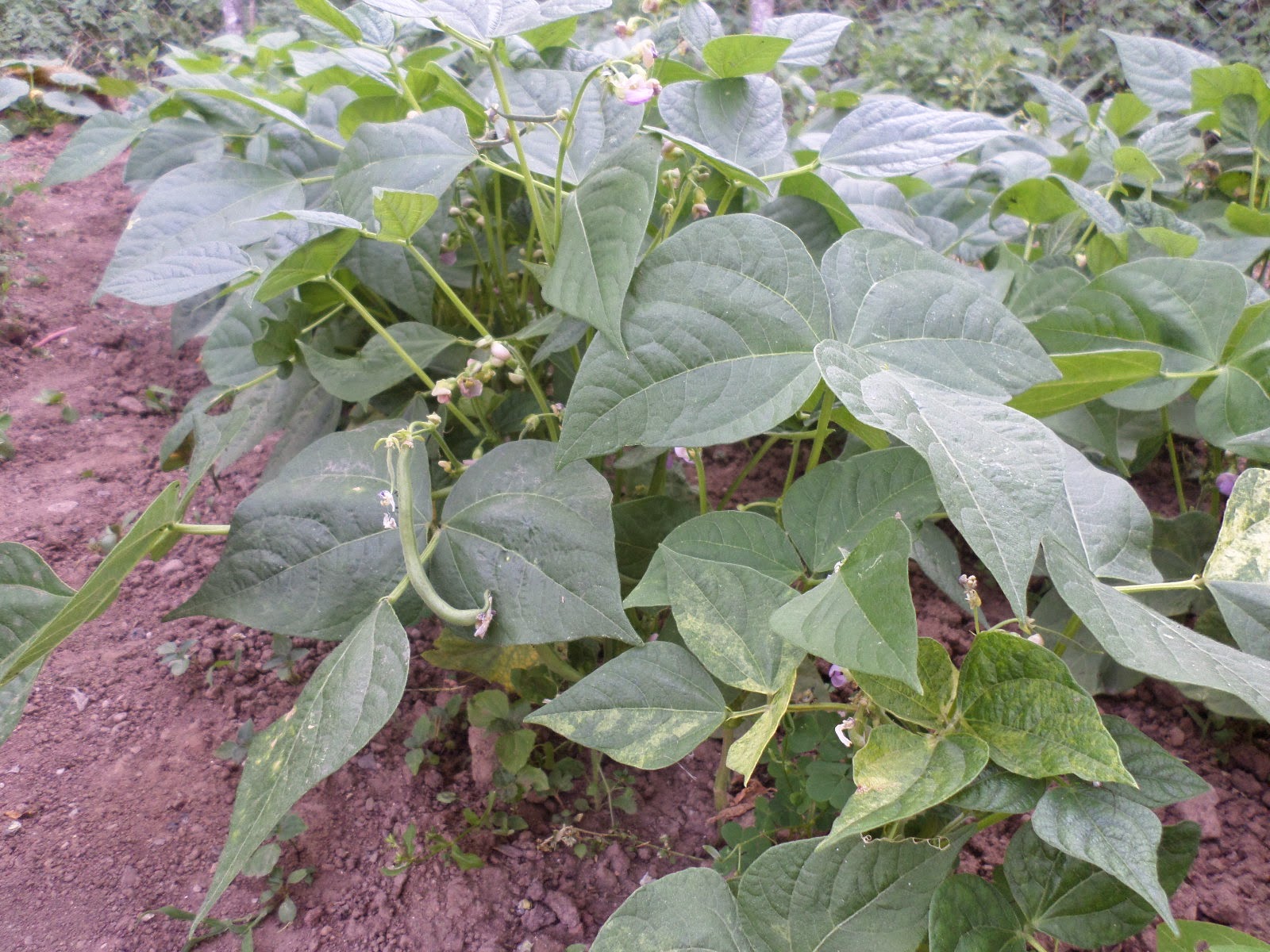 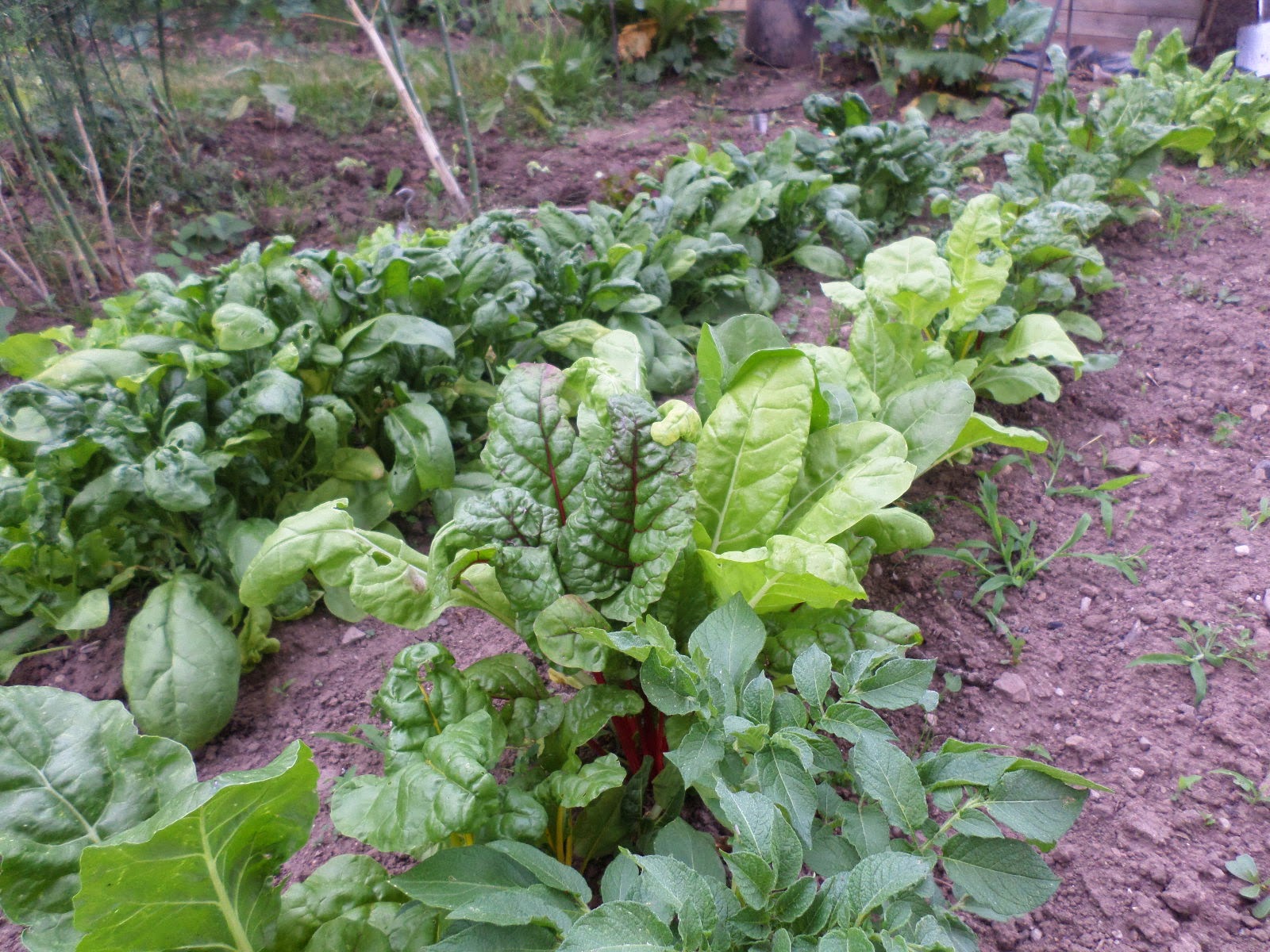 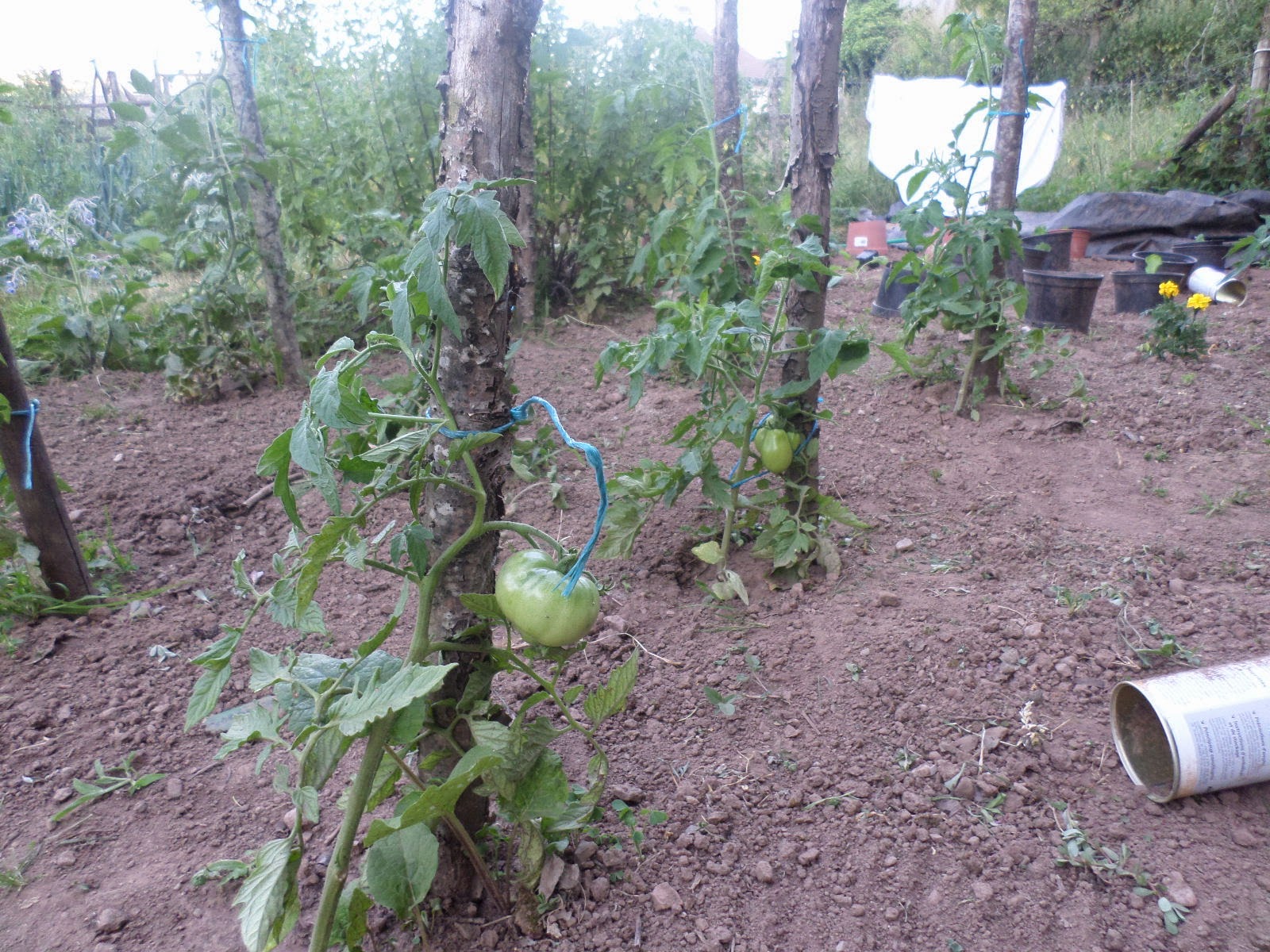 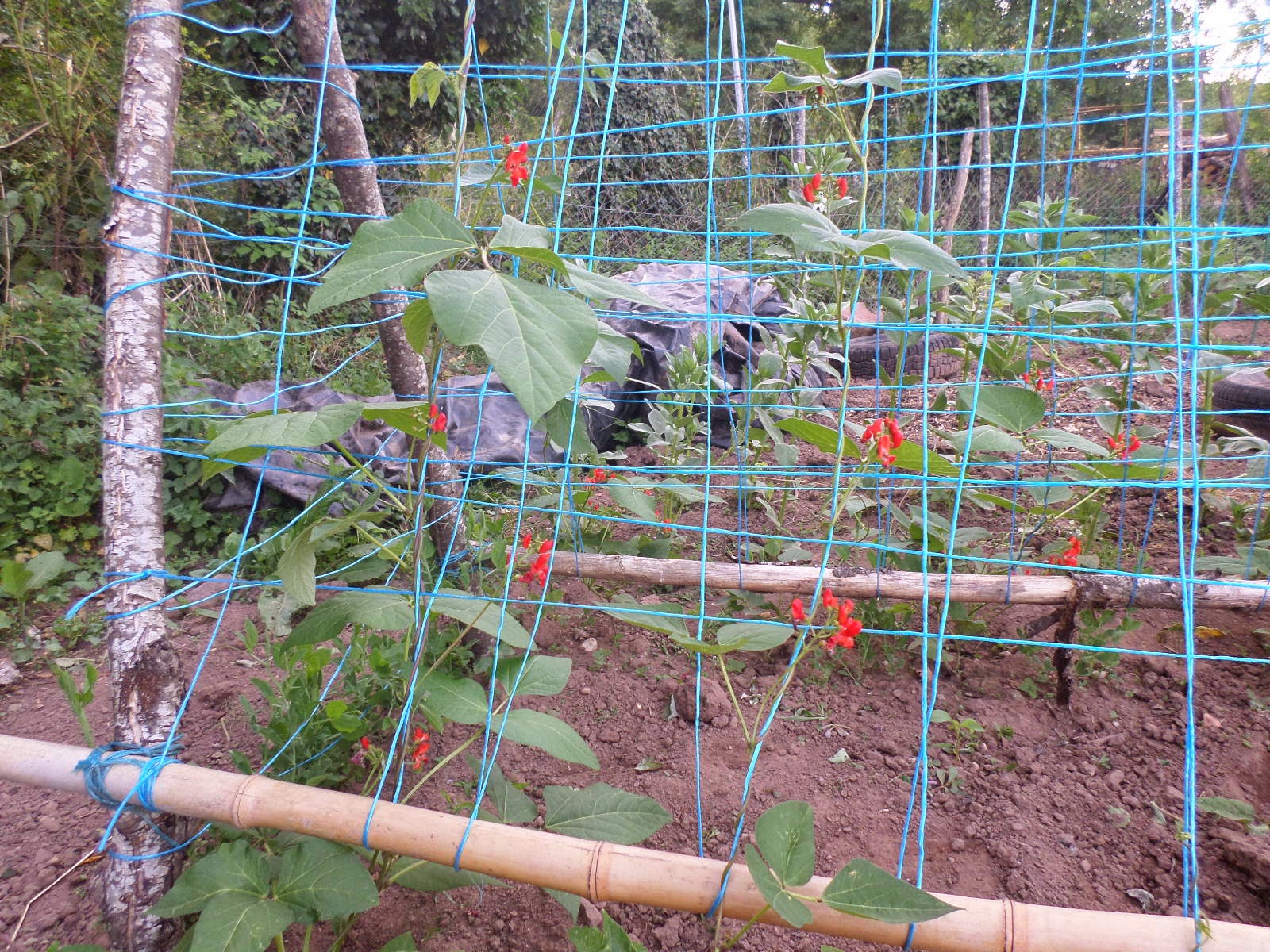 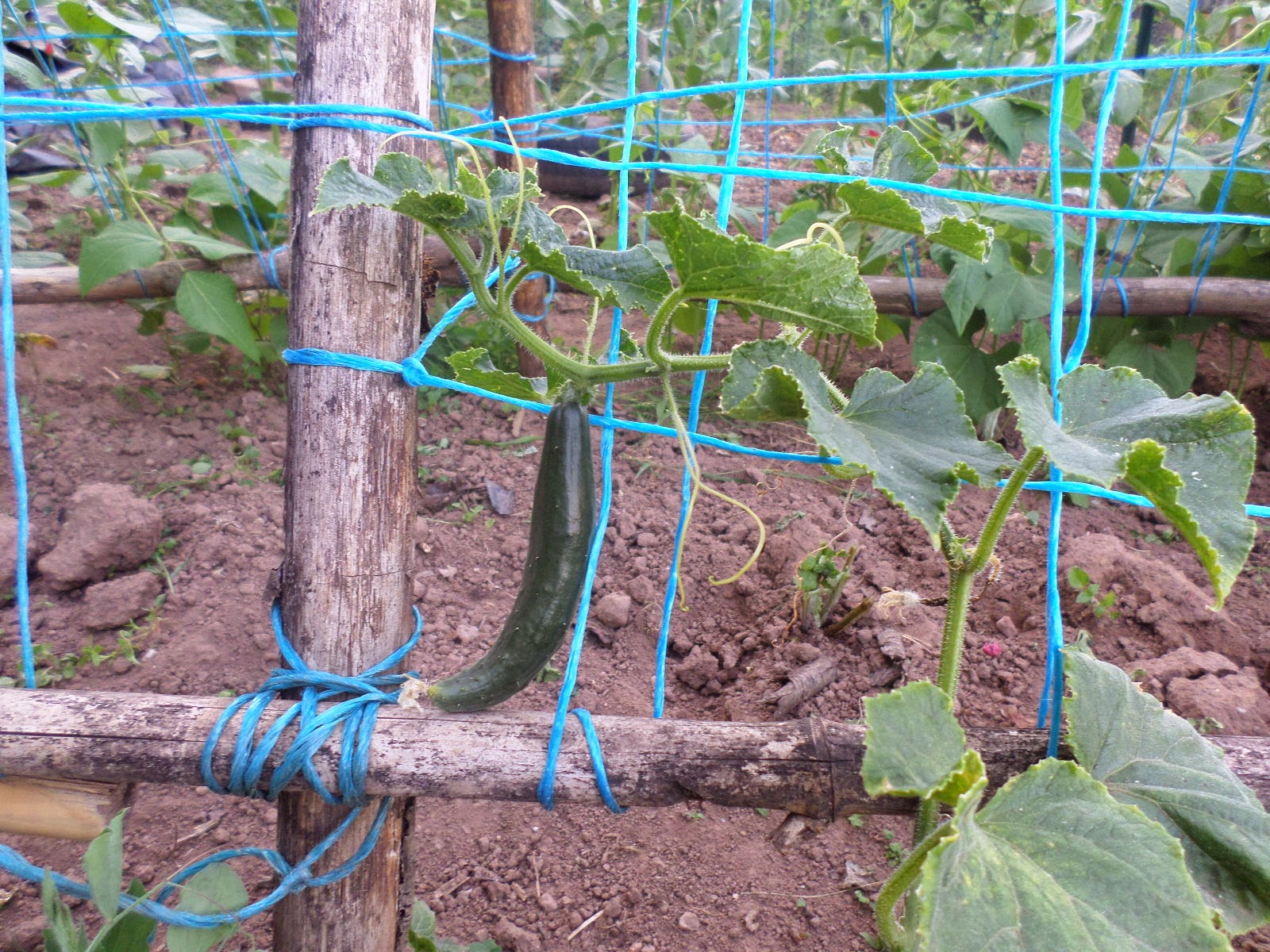 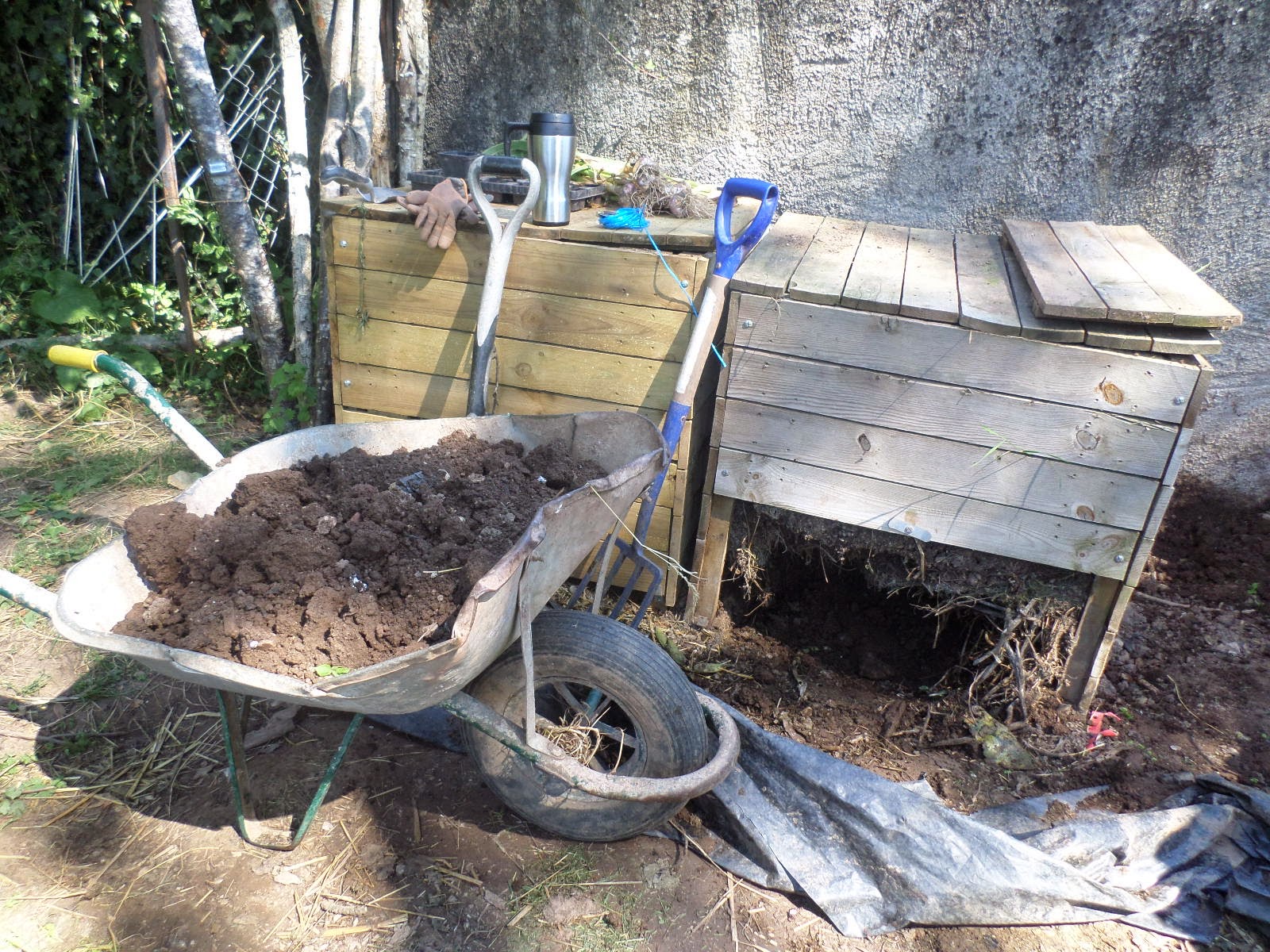 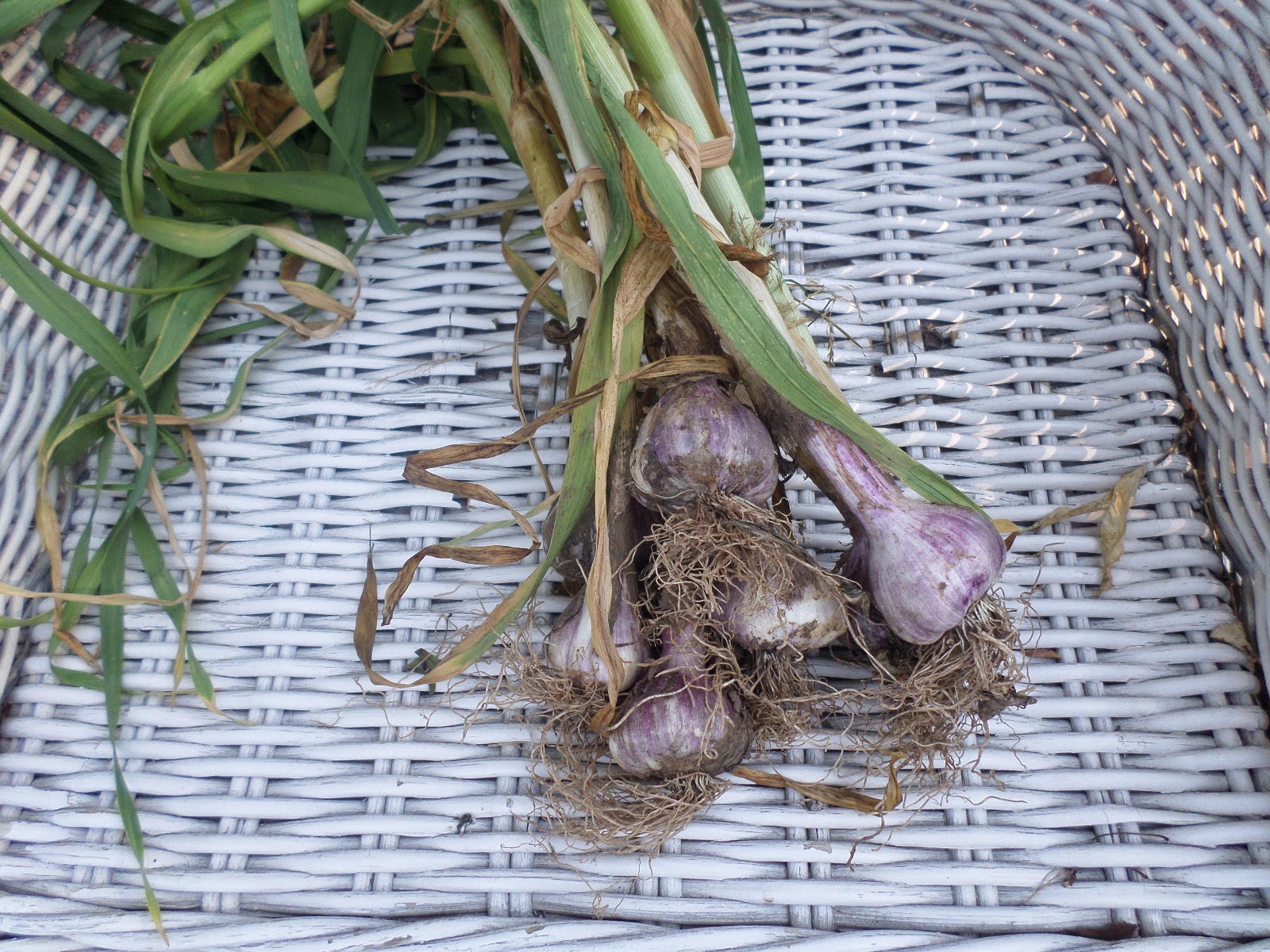 With sporadic snippets of time spent weeding and caring for the veggies, watering each evening and still battling with rabbits I did get to the stage of thinking is it all really worth the effort. But I've battled on through with beads of sweat falling in my eyes (that really stings) having to scrub away the mud stains from my feet each night and ease an aching back, fighting with the hose pipe to let me have the water contained in it (you know how when you move it it gets twisted up) and being attacked by ants as I unearth a nest, the tiny brown ants seem to be the most vicious freely giving a bites should you not see one crawling up your leg or arm.

And now the benefits of growing your own veg can be seen.The first broad bean plants have finished with a mass of beans in the freezer making way for three melon plants, each protected by a car tyre at the moment (I'm getting wise to these rabbits). The small crop of garlic has been dug up, the first crop in eight years - its usually eaten by mice before i get to it, still they have been a bit busy this year eating the peas i planted. I have even outwitted them by now planting peas in drain pipes and then transplanting the seedlings which seems to be working. We will probably never have enough peas to freeze any but to be able to eat them fresh will be good.

French beans are starting to appear and the runner beans are beginning to run up the bailing twine with a few flowers so hopefully they will produce a few runner beans. There is even a tiny cucumber coming along, hopefully high enough out of gnawing teeth. I did notice a new burrow under the borlotti beans which I quickly filled in.

Ive nearly finished getting out as much compost as I can which has been given to the pumpkins, courgettes and rhubarb with a wheel barrow going to the gites veg boxes which have been planted up with tomatoes, peppers, lettuce, cucumbers possibly? or courgettes? or pumpkins, not sure yet must work out a better labelling system for next year.