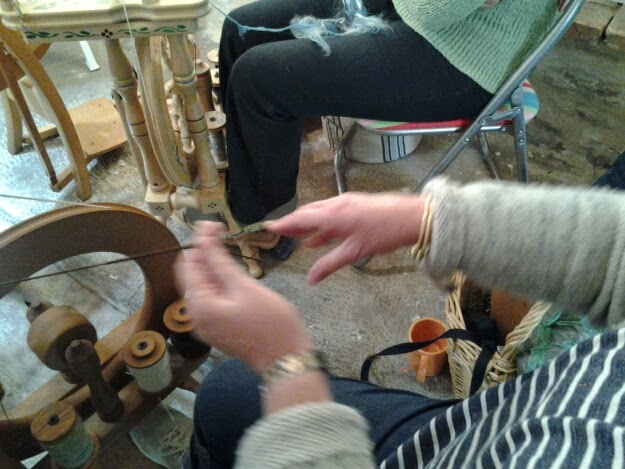 Monday at the spinning and weaving group I learnt how to ply wool using the Navajo technique, using a single thread making it into 3 ply, useful when you only have one bobbin or want lovely mixed coloured wool from blended wool batts (wool that has not been spun) 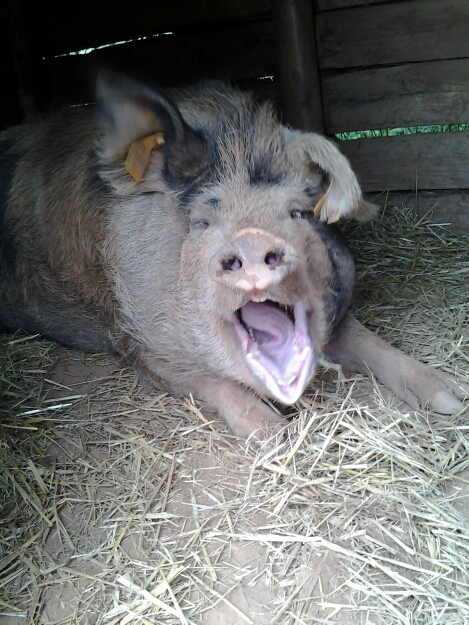 Sandy it turns out is not pregnant. As she has been fed pregnant sow rations she is now just a tad over weight, back on normal pig size feeds she is being closely watched for when and if she comes into season. 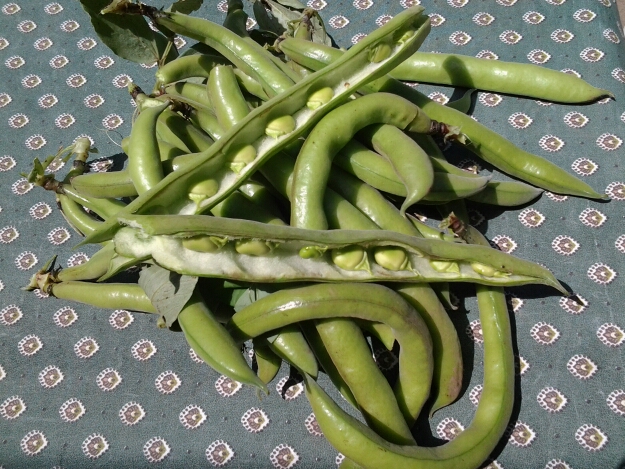 The first of the seasons broad beans have been eaten. Next year I think I will double the allotted broad bean patch as they seem so easy to grow here ( I probably shouldn't say that as some pest will probably enjoy munching them soon) 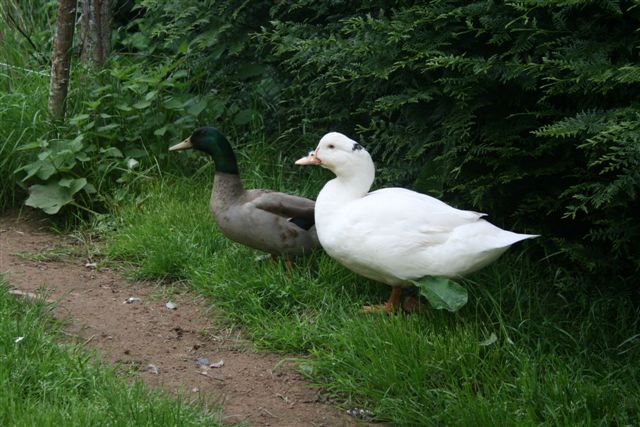 Sadly our old mallard duck didn't come back to the barn at evening time, I like to think he flew down to the Aveyron river to find a lady friend or he made it up to the top of the hill had to have a rest after a long climb and fell asleep. There has been no sign of feathers around. He was such a character being around the farm for 8 years he will be missed. His white mate is staying in the field with the chickens and Gorgon. Do we buy more ducks to keep him happy????????? 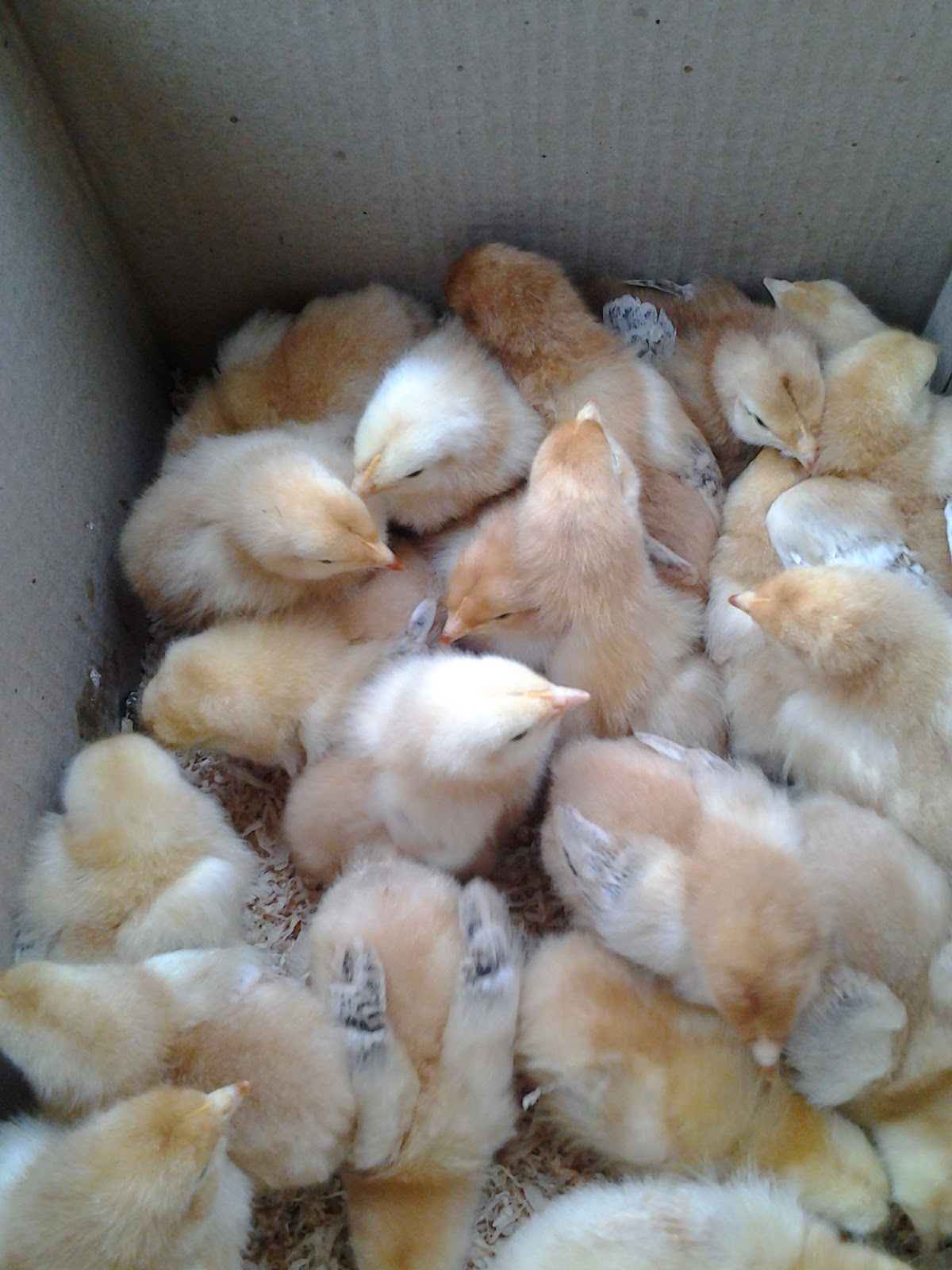 More chicks arrived for the table, their barn is so clean after Miss F's boyfriend helped us muck it out, a lot of tractor loads later and mice running all over the place the concrete floor can now be seen. 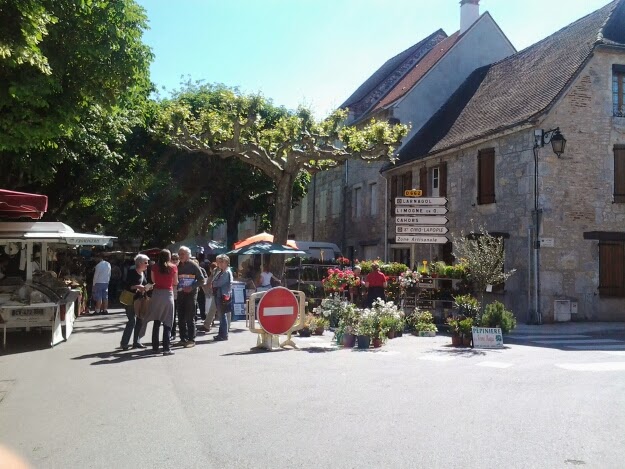 Saturday was lovely here so we took the afternoon off, had an impromptu picnic and headed for Carjarc, a large village on the edge of the Lot river. They have a afternoon market where we brought local strawberries to bolster the 3 strawberries from the veggie patch. 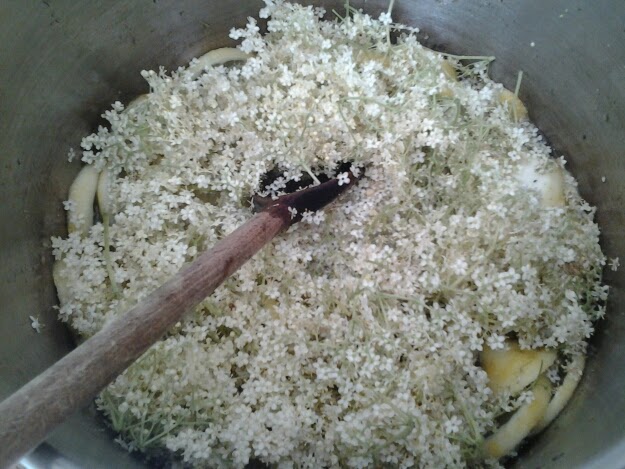 With the smell of elderflower in the air I started off making cordial, its now infusing with lemons ready to bottle Tuesday, then on to making elderflower fizz. Farmer J has the hard job of drinking the beer as I need the bottles! 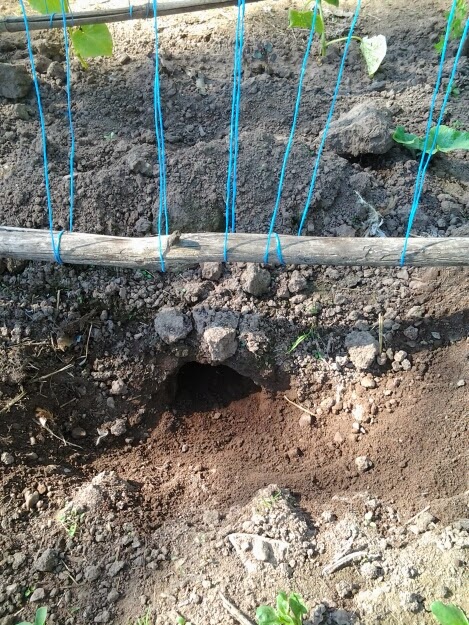 After loosing tomatoes to the rabbits I thought I had won with a score of 1:0 to me. Today when I went to plant the replacement plants the rabbits had got their own back. A large hole, luckily the other side of the runner beans where I hadn't planted anything (yet), more tomatoes nibbled, leeks eaten and holes semi dug between the lettuces, chard and beetroot. Farmer J has put up a temporary fence with more pellets put down. tomorrow a new fence is going to be priority. Rabbit may well end up being on the menu.