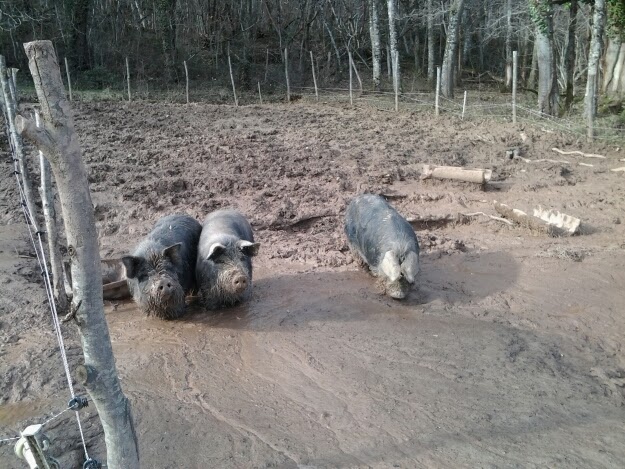 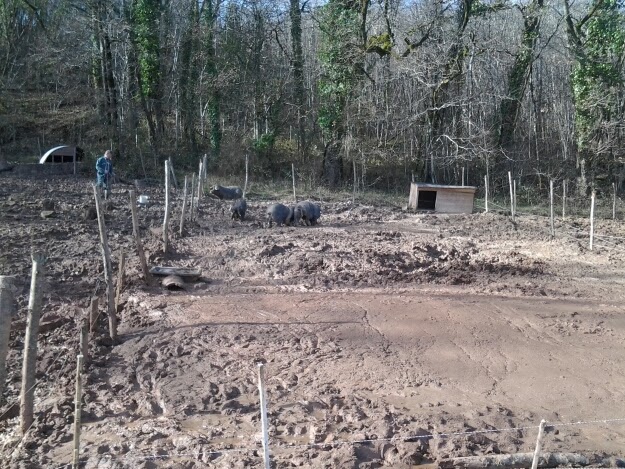 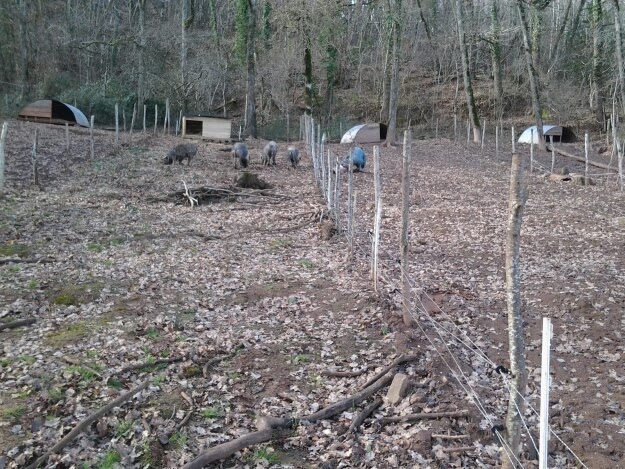 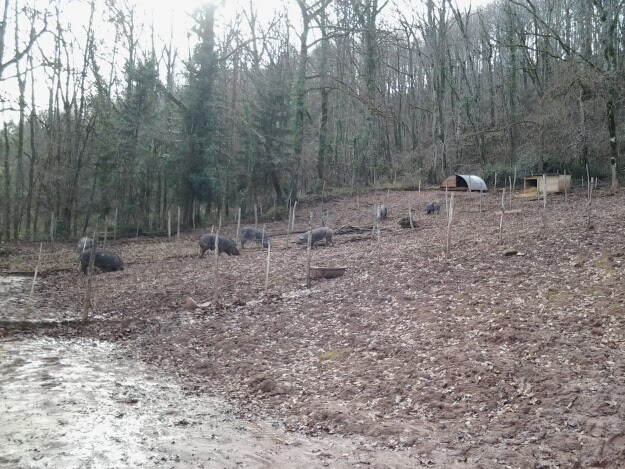 It all got a bit too muddy for the seven pigs up the top of the hill (and for farmer J who was feeding them) so a move to empty enclosures was welcomed. The pigs moved in record time over electric fencing so I think they were as fed  up with the mud as much as we are. It's so much easier to fed when your boots don't get stuck. 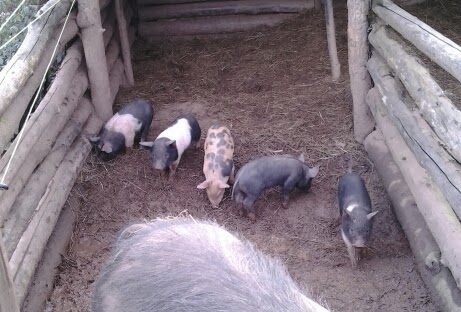 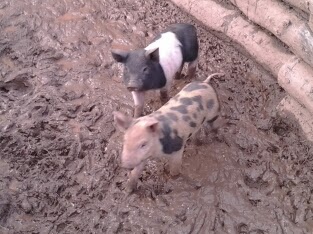 The piglets are growing, they have not yet ventured out into the enclosure still. Think they may be pigs that don't do mud. They have been introduced to cereal which they are beginning to get a taste for, mums been trying to fit in under the fence to get to their food as yet she hasn't managed, settling for a bit of hay to distract her. 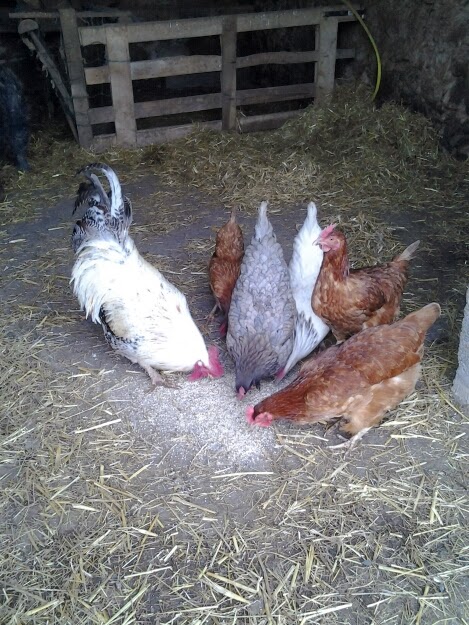 The nine laying hens from last year have been moved to join the old hens, two cockerels, gorgon and the two girls as well as the sheep. Shutting them in for a day (Gorgon was not pleased at being shut out for the day) I thought come the next morning they may return to the barn the following evening. Six were missing when I went to shut them away, found in their old house the other side of the farm buildings - we have homing chickens. They had sneaked under the barn door once it got dark.  There has been a bit of chicken pecking going on but hopefully the cockerels will do their job and sort them all out soon. 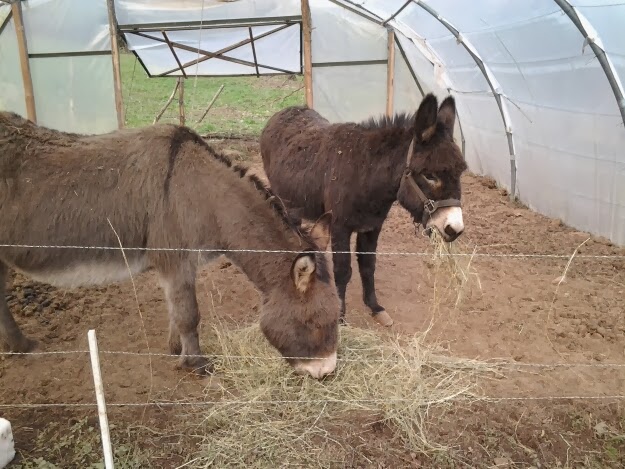 Vanille and Bambo are still enjoying the luxury of the poly tunnel, spending a great deal of time in there dodging the wet weather. 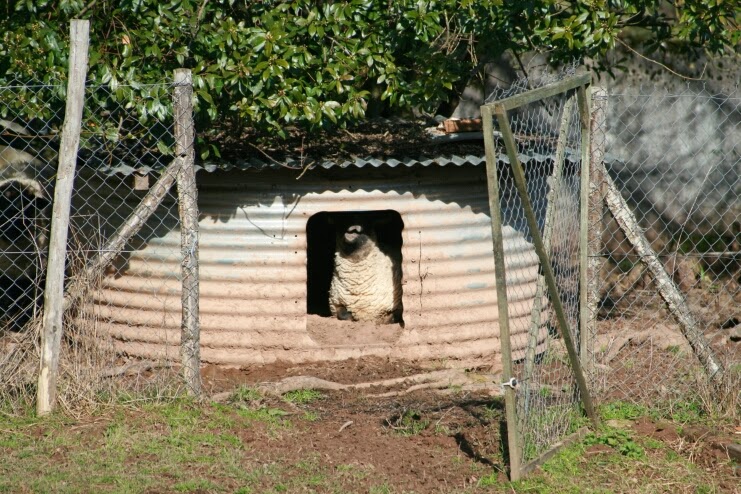 Robs ewe has been enjoying the chickens old house, miss fatty has to sit outside as she's too fat to squeeze through the door. 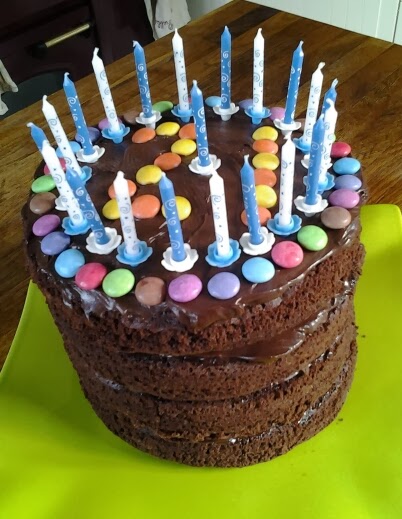 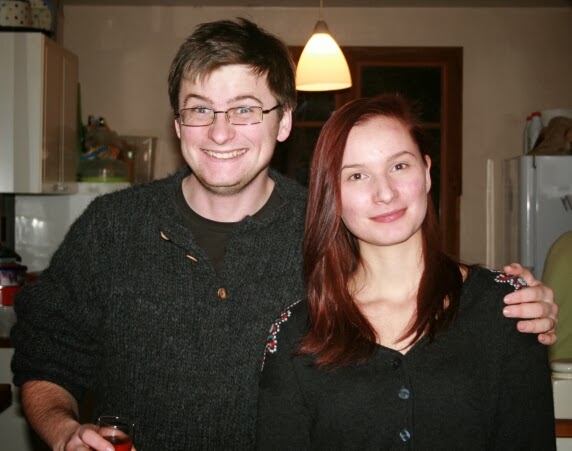 Connor had his 21st Birthday, I made a very high chocolate cake. How time flies by, he and his sister came back for the weekend to celebrate - most of the cake has now left for Toulouse with them.