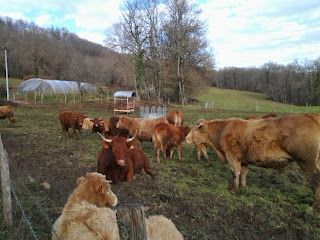 The cows were looking forward to being let into the middle field over the festive period (farmer J was looking forwards to a break form the morning and evening routine of feeding too). Unfortunately rain put a stop to that as their big feet wreck the fields when there sodden with water. Up until this week it has been dry - still incedibly mild for nearly the end of the year. Cow days are spent waiting for breakfast and tea of hay. 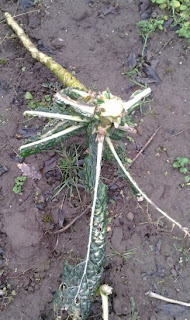 A Christmas meal has been eaten, the kale and swizz chard have been striped. No foot prints could be seen so this time it wasn't Gorgon and his buddies as whoever was the culprit left the parsnips alone. (Gorgon would of not left the parsnips!!) 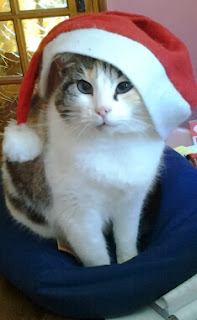 Christmas was celebrated with the four of us, pasties eaten Christmas eve in front of the TV. The usual family time of playing cards, DVDs, listening to music and vegging out was needed after a busy week before. Connor's girlfriend came to stay Boxing day, a normal day here in France with the main celebrating done on Christmas eve and Christmas day. 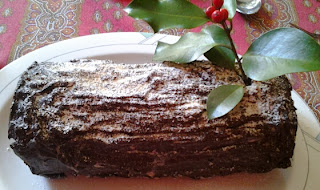 Food and drink was consumed - very conservatively this year, we didn't go mad buying so much food that lingers for ever. A lunch of traditional roast turkey and trimmings, cold turkey boxing day, turkey sandwiches and turkey pie were a bit turkeyed out now, left over turkey is now in the freezer with the carcase waiting to be dealt with tomorrow. 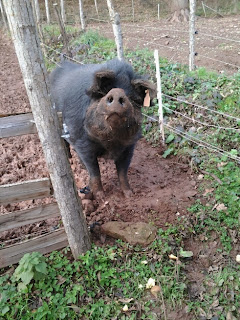 The black sow went off on Thursday for a few day of passion with Champion the boar.


Freya and Connor helped out making light work of feeding the animals. They left to go back to Toulouse this afternoon for New Years Eve celebrations to return on the 1st ready to celebrate Farmer J's birthday on the 2nd.