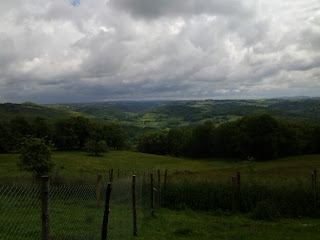 Were waiting for the sun here, it`s coming the weather chart on my samsung says so. 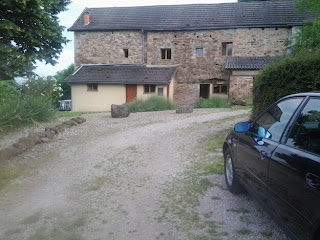 Our first summer guests arrived today for a weeks stay. They live in California, there waiting for the sun too. 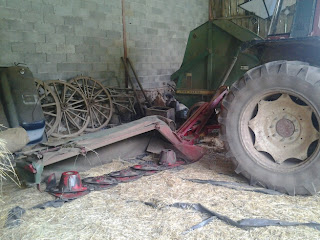 Farmer J`s waiting to cut the many hectares waiting to be turned into hay. Cuttings a lot later this year due to the weather as you need a few days to cut, turn, re turn, line up and bail. Tomorrow he will start again with his farmer friend down the road. The following week will be dry, the weather chart says so. 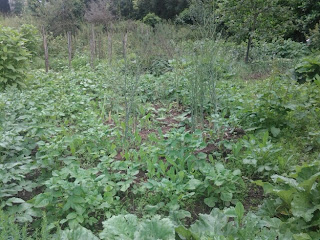 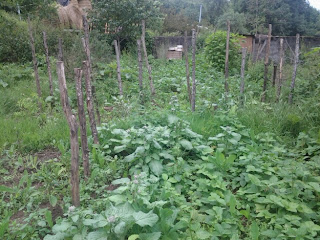 The veggie patch is waiting for veggies to grow and weeds to disappear.  I will get weeding this week it's going to be good weeding weather, the weather chart says so. 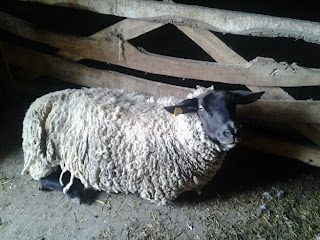 The sheep have been waiting to be sheared . There fleece has been to wet to cut, not that they have noticed as they may of had to get the knitting needles out to knit a jumper as it's been a bit chilly here (for June). This week their hoping to show off their bodies once the clippers come out. 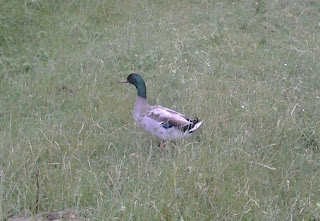 Our mallards been waiting, his a bit lost without his mate who has hurt his leg and is resting in the barn. 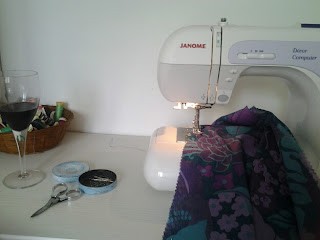 My sewing machines been waiting to be used, it's placed in it's new home and raring to go. As it was Sunday I plugged it in and started on making a skirt, it's a summer skirt, for the summer were waiting for, it's coming the little man in my samsung has filled in the weather chart for sun, sun, sun.(with the possibility of a few showers)